Revealed! Putin personally hacked DNC from surveillance aircraft with bear on board 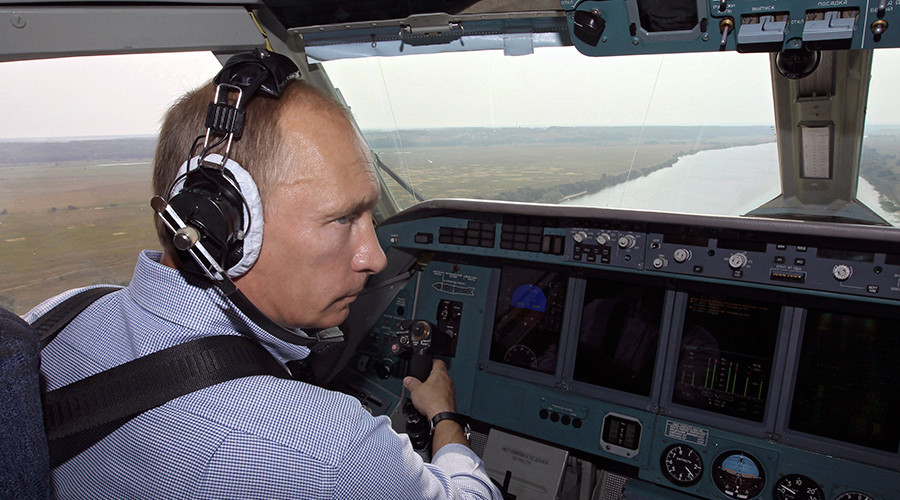 Shocking revelations earlier this week as US intelligence officials confirmed with “high confidence” that Russian President Vladimir Putin was “personally involved” in the hacking of the Democratic National Committee.
According to the anonymous sources inside the anonymous US intelligence agency, Putin’s objectives were multifaceted, but the whole thing began as a “vendetta” against Hillary Clinton because she said some mean things about him a few times. Putin is also an "immature 12 year-old child," a former US official with links to the defense industry, who spoke on condition of anonymity, confirmed (with high confidence).

The high level, anonymous and completely trustworthy sources also told a major US news agency that Putin himself had piloted a specially-designed Russian spy plane across the Atlantic to personally direct the still-ongoing hacking operations from the air.
Satellite images seen by a separate anonymous NASA whistleblower are believed to show Putin in the cockpit of the spy plane alongside his co-pilot Boris, a lifelike robotic bear which has been under secret development in the depths of Siberia and has been programmed to attack Putin’s enemies on command using a variety of lethal methods.

The NASA whistleblower did not provide journalists with photographic evidence, but the editors had a chat about it in their morning meeting and concluded that it’s probably still true.

In fact, the American news agency could not verify any of the claims from the officials who commented for the story, but given that their sources used the term “high confidence” they took this to mean the evidence must be “nearly incontrovertible” and relayed the information to the public with this implication. An understandable decision, since, as we all know, only 100 percent factual information is ever released by anonymous intelligence officials.

Okay, let’s rewind. Obviously that bit about the bear and the plane was fake news. And maybe a few other bits, too. But it all demonstrates a point. I’ve provided you with about the same amount of evidence as NBC has in its story this week claiming Putin personally rigged the US election: I made some allegations, I cited anonymous sources and then I conveyed it to you readers as “nearly incontrovertible” and suggested no further digging or investigation, or even a bit of healthy skepticism, was necessary. https://www.rt.com/op-edge/370613-revealed-putin-personally-hacked-...