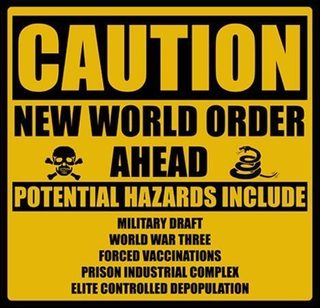 A disturbing trend is unfolding where some entity is attempting to frame prominent anti-establishment activists and alternative media organizations with child pornography.

A few hours before making this video, Luke Rudkowski of WeAreChange.org received an email from an anonymous sender claiming to be a Bilderberg whistleblower with attached photos from inside the 2013 Bilderberg meeting at the Grove Hotel in Watford, England. The email was sent to his personal email address that he has had since high school, not one of his work or WeAreChange email addresses. Luke opened the email from another computer and it stated that the person wanted Luke to break the story so he was sending him these photos exclusively and specifically stated that Luke needed to download the photos. Fortunately before downloading, Yahoo gives a preview of the photos and the photos were actually graphic child pornography. Luke has had his computer searched by forensics when going into Canada to cover the G20 when they searched him and interrogated him for hours, something like this could happen again when we come back to the U.S. from travelling Europe. Had this been the case, even with deleting, they would still find the images. There would be no understanding of the true story and he would be facing a felony charge. Besides that also completely jeopardizing his work, reputation and livelihood. We wanted to make this public for Luke's safety and also for people to be aware that this kind of thing happens. We do not know who this was, all we know is that it is so important for anyone in this line of work to remain extremely vigilant.

This attempt is very similar to the July 3 attempt to set up activist Luke Rudkowski, where someone claiming to be a whistle-blower emailed Luke saying he had some incriminating pictures of Bilderberg elites, which Luke was able to see with his "view" function and determine were actually child porn without opening them. Once Luke did a video exposing the attempt, he was contacted by the hackers who bragged that they were going to do the same thing to other alternative media activist leaders. This is something you all need to be aware of, and protect yourselves against. You can expect more of these malicious smear campaign attacks to happen going forward.

It's a warning to all activists to be extra vigilant as the establishment attempts to discredit, and apparently imprison, those who seek to tell the truth.

The federal government has created a database that will eventually contain every child pornography image ever created, from those in old Danish magazines to digital photos put online to private pictures seized from busted pervs.

The Homeland Security release concerns Operation Predator, a scheme to crack down on child molesters. One part of the plan involves the database, which has been jointly created by the Department of Homeland Security's Bureau of Immigration and Customs Enforcement (which houses the illegal database), the FBI, the Secret Service, the Justice Department's Child Exploitation and Obscenity Section, the Postal Inspection Service, and the National Center for Missing and Exploited Children, with help from law enforcement agencies of other countries. The reasons are explained: -

With its capacity to search and identify known images, the system is designed to help law enforcement agencies throughout the world identify and rescue children featured in the images. The system is also designed to facilitate prosecution of those who posses or distribute digital child pornography images in the wake of a 2002 Supreme Court decision (Ashcroft v. Free Speech Coalition) requiring proof that such images depict an actual child. Eventually the system will contain all known child pornography images.

Although housed at Customs, it "can be accessed remotely" by the agencies involved, including the nongovernmental National Center for Missing and Exploited Children.

They'll tell you themselves, once those images are posted online they can never be removed. Are they mad or what, that is the big question, "hmhmhm ...

This is not good. I opened an email sometime back, because it was from an activist I hardly knew, big mistake, it was allegedly from Microsoft which my anti-virus blocked. On another occasion I opened email software posing as Microsoft and I received 165 viruses in one hit which took 10 hours to remove, it disable all my security functions, and I had to reload several times my anti-virus software. These nerds are good!