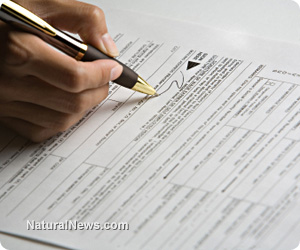 A Wells Fargo Bank depositor has charged in a lawsuit that the institution forces its branch managers to meet quotas for new accounts and that they do so by forging customers' signatures on applications.
According to Courthouse News Service, the depositor, David E. Douglas, has filed suit against the bank and three managers and assistant managers in the Los Angeles Superior Court. Named in the suit were Michelle Romanoff, assistant manager of the bank's branch at La Cienega and Wilshire; Arthur Davis, branch manager at Century City; and Alex M. Fuentes, branch manager and assistant vice president of the Wilshire-Crescent branch.
In the suit, Douglas described himself as a "long-time valued customer" of the bank. He also said he recently learned that Wells Fargo "has had and continues to have a policy of requiring its employees and branch managers to meet a quota of opening new accounts monthly in order to achieve sales goals and in order to maintain their employment at Wells Fargo."
Signing up customers without their knowledge or consent
Given that corporate requirement, the bank "should have known that its employees and bank managers routinely use the account information, date of birth, and Social Security and taxpayer identification numbers of defendant Wells Fargo's existing bank customers to use the existing bank customers' money to open additional accounts in the existing customers' names without their knowledge or consent and by forging the signature of their existing customers without their knowledge or consent to open said additional accounts, including purported business accounts for businesses that do not exist," Douglas says in his suit.
The plaintiff also claims that the individual defendants opened at least eight accounts under his name, forging his signature each time on the applications, and all without his knowledge. In addition, the defendants made up businesses using his name, "including 'David E. Douglas Painting and Design' and 'David Douglas Landscaping,' when plaintiff had no such businesses and was not engaged in those types of businesses at all."
Douglas also claims that Fuentes transferred or tried to transfer money from his account to the account of Fuentes' mother - again, without his consent.
More from Courthouse News Service:
Douglas says that when [he] found out about the unauthorized accounts and money transfers, he contacted a fraud investigator at the bank's Beverly Hills branch. She assured him that Wells Fargo would "conduct a thorough investigation and make him whole," but he never heard back from her or anyone else at the bank, so he was forced to sue, Douglas says in the complaint.
No quotas here - nothing to see
The news site reported that lawyers for Wells Fargo have yet to see the lawsuit, according to spokesman Gary Kishner.
"As for our banking stores, I can tell you that our team members strive to provide customers with products and services that will help the customer succeed financially," he said in an email.
But of course, if Wells Fargo really does have a quota system, you wouldn't expect a spokesman to reveal that, would you?
In his suit, Douglas is seeking at least $25,000 in special, exemplary and punitive damages for unlawful business practices, fraud, negligence and negligent hiring practices.
http://www.naturalnews.com/042174_Wells_Fargo_forgery_bank_managers...