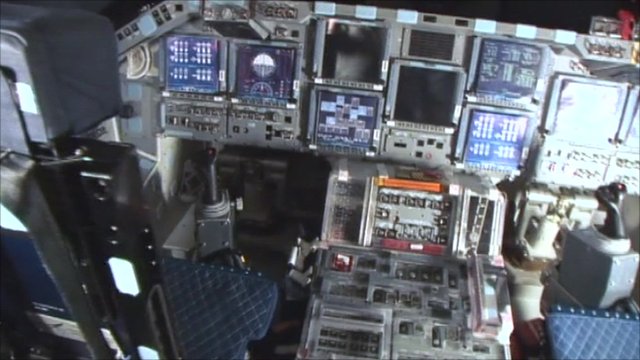 The astronauts who will fly on the last ever shuttle mission have arrived in Florida to take part in a dress rehearsal for its last flight.

The rehearsal involves the crew and the shuttle team going through every step of the launch up to the firing of the shuttle's engines and rocket booster.

But as the crew prepares for space, workers at Nasa's Kennedy Space Center face uncertain futures as thousands of jobs are cut.

Atlantis is set to launch on 8 July.

The flight will bring the curtain down on the shuttle's 30-year-long run as America's manned space vehicle.

After that, engineers will decommission the orbiters as they are now doing to the shuttle Discovery at the Orbiter Processing Facility.

The fleet is being mothballed and one-by-one each of the shuttles will be put on display as museum pieces.

But as the plan to retire the shuttle fleet has progressed to its completion, thousands of staff have been laid off. And many more employment contracts will come to an end next month when the final mission is over.


Among those who will be laid off is James Matthews. His job was to help refurbish each shuttle after its mission and get the vehicle ready for its next launch.

He has helped care for the fleet for some 20 years. Now, suddenly he's out of a job.

Mr Matthews spends some of his new free time with other ex-Nasa engineers at their favourite bar - a British Pub called the Pig and Whistle. 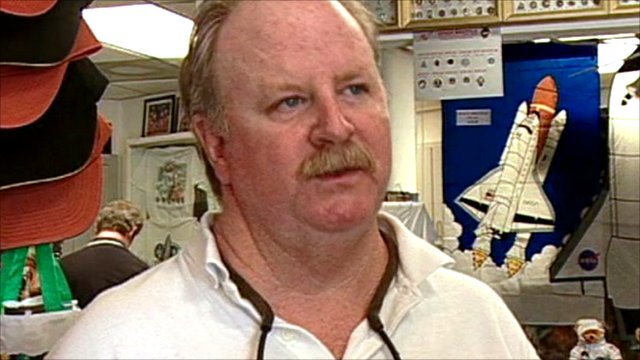 "Things have been affected," he told me, perched at a bar decked out with the flags of England, Scotland and Wales. "The house prices have gone down because everyone is taking a job somewhere else, with Boeing or Lockheed and they are selling their house."

Sitting beside him is his friend and former colleague Jeff Felver. His next job will be to decommission Atlantis when it returns from its final mission. It will also be his last job with the US space agency.

"I got a lot of friends that are in the same boat," he told me. "But we're going to get through this."

He is folding commemorative T-shirts for the tourists due to arrive to witness the final launch. Two months ago he was a quality control engineer on the space shuttle programme.

"It's a sad and a happy time," he tells me. Happy because the launch of the final mission is a chance to celebrate the achievements of a fleet that local people have come to know and love. 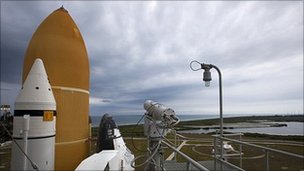 Do the best years of human spaceflight now lie in the past?

But, says Mr Mulberry, it is sad because in a month's time, the US will be reliant on the Russian Soyuz spacecraft to send astronauts to the International Space Station.

Among the customers in the shop is a scientist visiting from the Goddard Space Flight Center in Maryland. Mark Hubbard is likely to keep his job but he is concerned that neither Nasa, nor the US administration has a clear plan for a replacement to the shuttle.

"My friends and family are always asking me 'what's next?' And I say we're not sure," he says ruefully.

"It's a question we (at Nasa) all have. We are wondering about the vision for the space programme and where we're headed now. There's a tenuous feeling about what the future of our space programme is."

As the astronauts arrive to prepare for one last mission, it's a bittersweet moment for residents on Florida's Space Coast: On 8 July they, like many across the world, will be celebrating the achievements of a much loved friend.

But they will be left wondering whether the best years of human space travel now lie now the past.