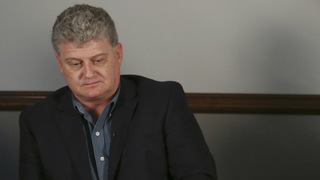 The father of NSA leaker Edward Snowden has obtained a Russian visa and, along with his attorney, plans to visit his son in Moscow “very soon.” The exact date of the trip has not been disclosed.

“We now have a date for visiting Moscow. We have visas, we have a date which we won’t disclose right now because of the frenzy,” Lon Snowden’s attorney, Bruce Fein, said on Sunday. “It’s very soon,” he told ABC’s This Week, where he appeared together with his client.

The elder Snowden and Fein said they have not spoken directly with the former CIA employee since he fled the US after exposing the National Security Agency's top-secret surveillance programs.

The whistleblower received temporary asylum in Russia on August 1, after being trapped in the transit zone of Moscow’s Sheremetyevo airport for over five weeks.

Lon Snowden and his lawyer said that while visiting Edward, they plan to consider options for him to return to the US in the future. Back in his home country, the NSA leaker has been charged with espionage and other crimes.

“We intend to visit with Edward and suggest criminal defense attorneys who have got experience in Espionage Act prosecutions,” Fein stated.

Lon Snowden noted that “as a father,” he wants his son to come home. However, he believes that a plea deal is not an option for the NSA leaker. “At this point, what I would like is for this to be vetted in open court for the American people to have all the facts. What I've seen is much political theater,” he said. The only deal would be “true justice,” Lon Snowden underlined.

“As a father, I want my son to come home if I believe that the justice system ...is going to be applied correctly,” Lon Snowden said.

However, the father was not convinced that his son would get a fair hearing in court, given comments from US top officials that he described as “absolutely irresponsible” and “inconsistent with our system of justice”

“They have poisoned the well, so to speak, in terms of a potential jury pool,” he stated.

Commenting on President Barack Obama’s recent statement that Edward Snowden was not a patriot for leaking details of US secret surveillance programs, the whistleblower’s father responded that his son “has spoken the truth.”

He went on to say that the NSA leaker “has sacrificed” more than the President or Republican Senator Peter King - who earlier called Snowden a “traitor” and a “defector” – have “ever [sacrificed] in their political careers or their American lives.”  So, he concluded, “how they choose to characterize him really doesn't carry that much weight with me.”

Edward Snowden’s current whereabouts in Russia are not publicly known.

Edward Snowden doesn't have too many options. If he returns to the United States the military will take him into custody and of cause he will not receive a fair trial unless he pleads mute, that's neither guilty or not guilty.By pleading mute he will be tried by a twelve man jury of his peers what are legally qualified, instead of been heard by a military court of law in secret behind closed doors. His defense might be that he could no-longer perform his sworn duty for the CIA knowing what he deems to be an justifying network of spying on it's own citizens, and therefore having a duty of care and a conscious he was obliged too inform the public of the government spying on them for no-good reason. The other option been that The US President reduces his sentence to five-years of imprisonment instead of life depending on how much damage he has caused to the United States of America. Edward Snowden swore on oath did he not, what we he thinking? If its justice he wants, than just-Us he'll get.

P.S. With a bit of luck he may receive a full pardon from The US President himself.