Some Subway Tunnels Flood; Pumping Them Out Could Take 4 Days 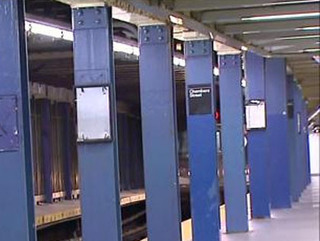 In a confirmation of the fears of Metropolitan Transportation Authority, subway tunnels and stations flooded Monday evening as water rushed through Battery Park and other areas.

“We’re seeing flooding pretty much throughout the entire area with most of the flooding we’re seeing in Lower Manhattan,” MTA spokesman Kevin Ortiz told CBS 2.

The MTA has shut down power to the tunnels that run under the East River between Manhattan to Brooklyn to avoid serious problems.

But the MTA tweeted said water had infiltrated the subways tunnels under the East River, although the depths were unknown. The MTA also tweeted to 4 feet of water were observed in an unspecified Lower Manhattan station.

Ortiz said virtually all the stations and tunnels south of Chambers Street were flooded. In Queens, the Rockaway Park A station was also inundated, with water reaching the platform.

Crews were working with portable pumps to get the water out as quickly as possible, but the flooding is not good news when it comes to reopening the subway system.

“It is really difficult to predict the amount of time to pump the water out from flooded tunnels and adjoining stations,” Ortiz said.

MTA officials said previously that salt water could corrode the switches and signals in the system and could force the MTA to replace hundreds of pieces of equipment before service could be restored.

But even before the MTA gets to restoring the signals, it could be as few as 14 hours and as much as four days before all the water is even pumped out, Ortiz said.

But the MTA emphasized on Twitter that there is no timetable for when the subway can reopen.

“Rumors of one week are just that: rumors,” the MTA tweeted.

“We’re very concerned about the water surge in the Battery, where most of our lines go down and where the tunnels to Brooklyn go. That is one of our most low-lying areas, and we’ve boarded them up,” MTA Chairman Joe Lhota said before the floodwaters began rushing near Battery Park. “We’ve put up various different barriers to prevent the water from coming in. But that’s my biggest concern.”

Officials said especially vulnerable subways lines are the A, F, 2, 3, 4, 5, N and R trains, which all run through tunnels connected to lower Manhattan.

“The switches are really important for controlling the flow of the subway system. They could corrode quite easily. We also, our signaling system – it’s an electronic signaling system, and again, the corrosion that could come from there is significant,” Lhota said. “So just the general ability to run the system and to keep it safe is in jeopardy.”

The MTA said it is ready with a fix.

“We’ve got the materials and the wherewithal necessary to repair whatever damage there is as quickly as possible,” Lhota said.

But how quickly is quickly? Would it be hours, days, or even weeks?

An official responded that the MTA just doesn’t know. It depends on how much salt water gets into the system, how far it gets, and how long it stays.

In December 1992, when three tunnels filled with water, some service was restored right away. But the Canarsie tube, carrying the L line under the East River, was out of service for several days. 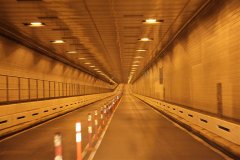 The New York City subway system is 108 years old, but it has never faced a disaster as devastating as what we experienced last night. Hurricane Sandy wreaked havoc on our entire transportation system, in every borough and county of the region. It has brought down trees, ripped out power and inundated tunnels, rail yards and bus depots. As of last night, seven subway tunnels under the East River flooded. Metro-North Railroad lost power from 59th Street to Croton-Harmon on the Hudson Line and to New Haven on the New Haven Line. The Long Island Rail Road evacuated its West Side Yards and suffered flooding in one East River tunnel. The Hugh L. Carey Tunnel is flooded from end to end and the Queens Midtown Tunnel also took on water and was closed. Six bus garages were disabled by high water. We are assessing the extent of the damage and beginning the process of recovery. Our employees have shown remarkable dedication over the past few days, and I thank them on behalf of every New Yorker. In 108 years, our employees have never faced a challenge like the one that confronts us now. All of us at the MTA are committed to restoring the system as quickly as we can to help bring New York back to normal.
http://alert.mta.info/