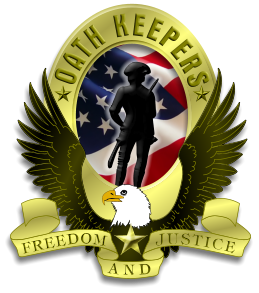 We have pulled this story about the Mormon cannery being visited by federal agents because the source of the information at the cannery is now denying that he ever told us that event occurred.

From now on, we will NOT post any such story based on what we are told by other people unless, and until, they are willing to go on video or at least on an audio recording with their info.  That way, in case someone starts to crumble under the public attention or other pressures, and wants to deny what they told us, we have video or audio proof. We get all kinds of scary intel, all the time, and we rarely pass it on because we don’t have confirming documentation.  In this case, we were relying on a confirmed eye witness who is now denying it.   We will not do that again without a recording.

We still welcome such tips, but unless you are willing to go on recorded record, using your name, we will not pass it on to the public, but will instead use it only for our own knowledge and internal analysis among our leadership with the caveat that it is not for public dissemination.  Otherwise, we risk having people flake on what they told us, and that makes us look bad.  People who send us information often times don’t realize the kind of public attention they may wind up experiencing, or the kinds of pressures they may come under behind the scenes.  Another consideration is the real possibility that a person could be threatened with prosecution under the USA PATRIOT ACT of 2001 for making public the fact that they were contacted by Federal agents demanding private records. We need witnesses to be willing to go on recording right up front so they cannot later recant.

We will always respect the privacy and anonymity of sources, as we have done in this case, but will simply not run such stories in the future without video proof AND someone who is willing to be identified in the story.  Anonymous tips will be used only for internal analysis.

NO SUCH STORY WILL BE POSTED ON THIS SITE AGAIN WITHOUT VIDEO OR AUDIO OF THE EYE WITNESS(S) SO WE CAN PROVE THEY TOLD IT TO US -No matter how urgent or important the information.   As far as we are concerned, without such a recording, we will not consider it a real source, but just scuttlebutt.

Take A Stand for Oath Keepers!!!