Streetviewed: Google cars snooping on WiFi users not an accident 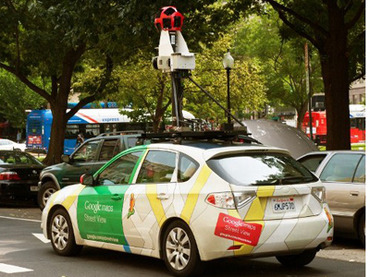 Google bosses knew their Street View cars would collect e-mails, names, addresses and other personal data from Wi-Fi users around the world, a government report shows. The search giant had previously claimed that this data collection was a rogue act.

Neither a mistake nor the work of an unauthorized engineer was behind Google's massive harvesting of e-mails, passwords and other sensitive personal across three continents in 2007-2010, shows the recent report filed by the Federal Communications Commission (FCC). The supervisors of the Street View program were well aware Google cars would go beyond  photographing streetscapes over much of the civilized world.

On Saturday, the web giant made their own release of the regulatory report – with only employees’ names blacked out. The text provides an alarming evidence Google engineers volunteerily embarked on a project to gather personal e-mails and Web searches of potentially hundreds of millions of people, but failed to receive a single official consultation.

Before the project was launched in 2007, its design included the following “to do” item: “Discuss privacy considerations with Product Counsel.”

Furthermore, the paper shows the engineer actually proposed collecting personal data to “be analyzed offline for use in other initiatives.”

The employee also “specifically told two engineers working on the project, including a senior manager, about collecting payload data.” It actually appears that at least seven Street View engineers had “wide access” to the plan to collect payload data already back in 2007.

All this hardly amounts to claims Google has been making since 2010 when the incident surfaced, that it was all a mistake of a wild enthusiast:

“So how did this happen? Quite simply, it was a mistake. The project leaders did not want, and had no intention of using, payload data,” reads an entry on a company blog.

Following the recent publication, Google has stated that the the Street View controversy has forced the company to enhance privacy controls. The company hopes that, upon the release, “we can now put this matter behind us.”

The FCC released their paper following a two-year-long investigation into whether Google used its Street View cars to collect data from computers using Wi-Fi networks in the vicinity. The harvest amounts to some 200 gigabytes of payload data – the content of Internet communications – transmitted over Wi-Fi networks.

Still, the report concludes that Google has not breaken any laws, as only tapping into unencrypted (that is, open) Wi-Fi networks was proven. The Wiretap Act says that it is not illegal to intercept electronic communication on an electronic communication system that is readily accessible to general public. The search giant was only fined $25,000 for its failure to cooperate with the regulator in a timely manner.

What the FCC has yet to figure out is exactly for what purpose the data was used. The engineer who developed the Google Street car code, referred to by the FCC as Engineer Doe, refused to testify in court, citing the Fifth Amendment. All the Commission was able to prove was that Engineer Doe intended to use payload data “in other Google projects."