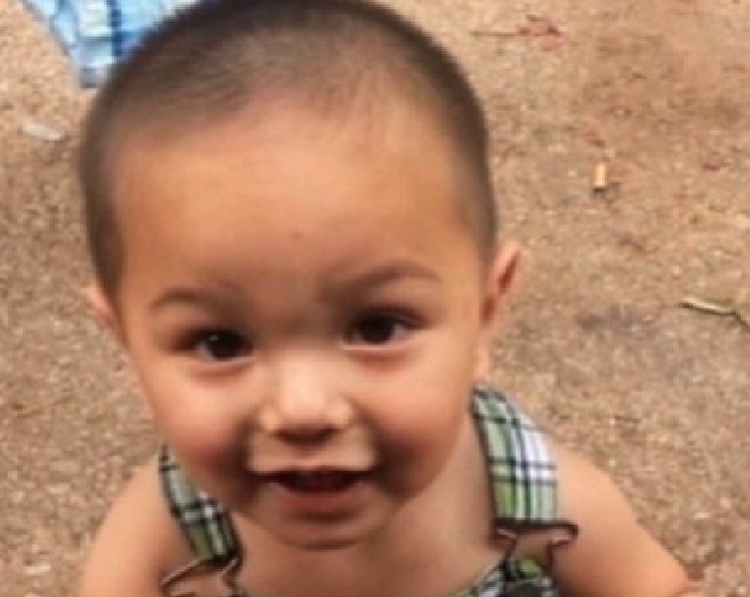 (CNN) -- Members of a northeast Georgia SWAT team are "devastated" after a drug raid in which a flash-bang grenade landed in a 1-year-old's playpen, seriously injuring the child, the Habersham County sheriff said Friday.

"All I can say is pray for the baby, his family and for us," he told CNN.

The SWAT team, made up of six or seven officers from the sheriff's department and the Cornelia Police Department, entered the Cornelia residence Wednesday before 3 a.m.

A confidential informant hours earlier had purchased methamphetamine at the house, the sheriff says. The informant told police that there were men standing guard outside the home, and it was unclear whether they were armed, according to CNN affiliate WGCL.

Because the suspected drug dealer, Wanis Thonetheva, had a previous weapons charge, officers were issued a "no-knock warrant" for the residence, Terrell said. 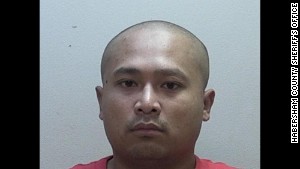 Wanis Thonetheva is being held without bond.

When the SWAT team hit the home's front door with a battering ram, it resisted as if something was up against it, the sheriff said, so one of the officers threw the flash-bang grenade inside the residence.

Once inside the house, the SWAT team realized it was a portable playpen blocking the door, and the flash-bang grenade had landed inside where the 19-month-old was sleeping, the sheriff said.

A medic on the scene rushed the baby outside to administer first aid, and a nearby ambulance was summoned. Authorities wanted to transport the baby via Life Flight to Atlanta's Grady Memorial Hospital, 75 miles southwest of Cornelia, but weather conditions wouldn't allow it. The baby was driven to the hospital.

Mother: 'He didn't deserve any of this'

A Grady official said it's hospital policy not to disclose patients' conditions, but the child's mother, Alecia Phonesavanh, told CNN affiliate WSB that doctors had put her son into an induced coma.

She further told the station the family was sleeping at her sister-in-law's house when police arrived, and the grenade seared a hole through the portable playpen after exploding on the child's pillow.

"He didn't deserve any of this," Phonesavanh told WSB. "He's in the burn unit. We go up to see him and his whole face is ripped open. He has a big cut on his chest."

Thonetheva, 30, was not at the home at the time of the raid, but the toddler's mother and father and their other three children were inside. Thonetheva's mother was also at the house, Terrell said.

The baby's family had moved into the Cornelia residence after their Wisconsin home burned, Terrell told CNN affiliate WXIA, and while the family members were aware of drug activity in the home, "they kept the children out of sight in a different room while any of these going-ons were happening."

Thonetheva was arrested at another Cornelia residence, along with three other people, shortly after the raid, Terrell said. He is charged with distribution of methamphetamine. Habersham County Chief Assistant District Attorney J. Edward Staples said Thonetheva could also be charged in connection with the baby's injuries.

Thonetheva was already out on bond for an October 2013 charge of possession of a firearm during the commission of a felony -- the felony being distribution of methamphetamine, Staples said.

Because the Habersham County public defender's office is representing Thonetheva's co-defendant in the October case, they are unable to represent Thonetheva on the charges handed down this week, Staples said. It will take five to seven days to appoint him a new attorney, the prosecutor estimated.

Thonetheva made his first appearance before a magistrate Friday, but no bond was set because of the circumstances regarding the public defender. The court wouldn't have accepted a plea from Thonetheva because he has yet to speak to counsel, Staples said, adding that it will be up to a county Superior Court judge to set Thonetheva's bond after he's assigned a lawyer.

He is presently being held at the Habersham County Detention Center without bond. His rap sheet shows nine arrests since 2002 and includes charges of drug possession, carrying a concealed weapon, driving while his license was withdrawn and contempt of court, according to authorities.

Thonetheva faces no weapons charge in this week's incident, and as for drugs, Terrell said officers found only residue in the home.

Incident is being reviewed

No officers have been suspended, and Staples said he expects the review of the incident -- being conducted by Mountain Judicial Circuit District Attorney Brian Rickman -- to take about a week.

Staples said he recalled no previous use-of-force investigations into the sheriff's department, though a civil suit was previously filed against a drug task force there.

Terrell said there have been no prior probes into the Cornelia Police Department.

A local pastor came to speak with the officers Thursday, the sheriff said, and his department has been in touch with the child's family.

In hindsight, Terrell said, officers would've conducted the raid differently had they known there was a child inside the home, but there was no sign of children during the alleged drug purchase that prompted the raid.

"We would obviously would have done things different," Terrell said. "We might have gone in through a side door. ... We would not have used a flash bang."

The toddler's family told WSB they have no insurance and have set up a website to collect donations for the baby's treatment.