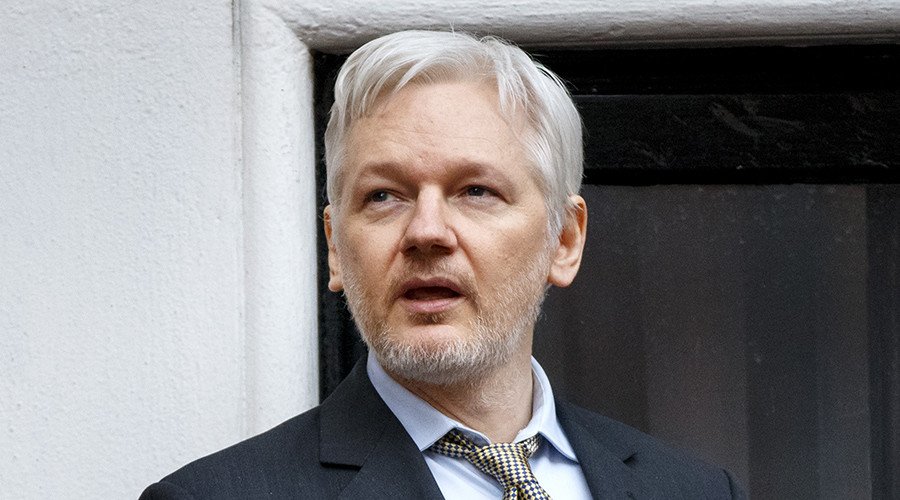 WikiLeaks co-founder Julian Assange says he will not "forgive or forget," despite a Swedish prosecutor dropping the case into rape accusations against him. His attorney hailed the move as a "victory," but said there is still a threat the US will apply to extradite him from the UK.

The decision was made by Sweden’s director of public prosecution, who confirmed that she decided to discontinue the investigation against the WikiLeaks co-founder.

"Director of Public Prosecution, Ms Marianne Ny, has today decided to discontinue the investigation regarding suspected rape (lesser degree) by Julian Assange," the prosecutor's office said in a statement.

Ny said the prosecution is not making "any statement of guilty or not" in regards to Assange.

Assange’s defense lawyer, Per Samuelson, told AP that the fact that the prosecution won't admit Assange is innocent is simply a matter of them "trying to save their faces."

"The truth is, once they heard Julian Assange during the interview in November last year, they were convinced...he gave a very good explanation to what happened between him and the woman, and that explanation fitted as a glove to all the circumstances in the case. So they could no longer see towards a conviction. If they had indicted him, he would have been acquitted."

Samuelson has called the prosecution’s decision a “total victory.” He told RT's Ruptly news agency that he believes the situation "will go over very quickly, I think it's just a matter of time, negotiations between the two countries, United Kingdom and Ecuador, then they will led him go from the embassy to Ecuador."

However, he also noted that "the threat from the USA is for real. There is a risk that the United States will apply to the United Kingdom, to get him extradited..."

The attorney said he called Assange earlier on Friday. "I asked him, 'does it feel better today?' and he said 'yes Per, it feels much better today,'" Samuelson said.

Meanwhile, Ny said the investigation could be reopened if Assange returns to Sweden before the statute of limitations lapses in 2020.

Assange has lived in the Ecuadorian embassy in London since 2012, in order to avoid extradition to Sweden over the allegation, which he denies.

Another of Assange's lawyers, Juan Braco, told AP that he wants French President Emmanuel Macron to intervene to support the WikiLeaks founder and help him leave the Ecuadorian embassy.

“We need a political intervention to make this situation end. He is the only political prisoner in Western Europe," he said.

The Friday decision comes after Assange’s Swedish lawyer filed a motion which demanded that the arrest warrant be lifted, after US Attorney General Jeff Sessions said in April that arresting the WikiLeaks co-founder would be a “priority.”

US authorities have been investigating Assange and WikiLeaks since at least 2010, when the site posted thousands of cables stolen by former US Army intelligence analyst Chelsea Manning.

The publication of classified US military and diplomatic documents represents one of the biggest information leaks in American history.

Just days ago, Ecuador voiced concern over the “serious lack of progress” by Sweden in dealing with Assange, citing a “serious failure” by the prosecution to complete the inquiry into the alleged sexual assault.

One of Assange’s lawyers said earlier on Friday that closing the investigation or lifting the European arrest warrant would not necessarily mean he could easily leave for Ecuador, which has granted him asylum.

“The first thing one likely needs to do is seek guarantees from the British authorities that he won’t be seized in some other way,” Melinda Taylor told TT news agency.

Meanwhile, London’s Metropolitan Police have announced that Assange will still be arrested if he leaves the embassy.

“Now that the situation has changed and the Swedish authorities have discontinued their investigation into that matter, Mr Assange remains wanted for a much less serious offence,” it wrote in a statement.

Assange is wanted by Britain for skipping bail when he fled to the Ecuadorian Embassy in 2012.

Samuelson told AP that Assange is not surprised that the UK is still pursuing him, noting that “it’s been in the pipeline for quite a while.”

He noted, however, that he believes this question is a “minor one which will be solved in the near future.”

A UN panel stated in February 2016 that Assange had been arbitrarily detained, and that the UK and Sweden should take immediate steps to ensure his freedom of movement.

Assange declared the ruling a "victory that cannot be denied," while both Britain and Sweden disagreed that he was being denied freedom, as he had entered the Ecuadorian embassy voluntarily.