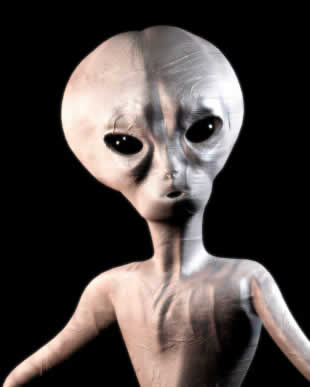 The US military and the Nazis have had flying saucers since 1933, they even circled the globe during WW11 that took them around three hours!

The US military have been lying to the US Senate since 1947 regarding the Roswell incident. This is illegal Treason. Most people assume that aliens don't exist, but I can tell you they do, it's no fairytale. The alien agenda is the complete takeover of this planet by the year 2029, and the killing off of 5/5th of the world's population according to Phil Schneider.

The New World Order and the alien agenda is the same thing. There are 1477 underground bases worldwide, half of which are for the aliens. There is a threat of an invasion of 30 million or more reptilian aliens which control the Greys according to Bill Cooper. There are smaller numbers of small planetoids that is heading toward this planet, which is approximately the size of the state of Pennsylvania. It does not travel at above light speed as do other craft because it is so enormous and holds so many aliens. It passed near the planet in 1989, dropped off some reptilian aliens and headed out to the Draco constellation in early summer of 1989. The timetable for the arrival back to earth is approximately 2020, depending on what may happen near Draco. The Hubble Telescope has as its primary mission the task of tracking the return of the craft.

The base in Dulce, New Mexico now has 100,000 aliens living within it at this time. Another 100,000 more have moved through the Dulce Base to other bases. The aliens continue to enter the earth at a rate of 20,000 per month. The base at Ada, Oklahoma is still very active. The aliens are attempting to move their entire planetary population from their dying planet as quickly as possible, prior to the arrival of the Draco reptilians. Presently, the assessment of those in the inner circle who are dealing with the alien invasion threat is that the Reptilians have every intention of ruling this planet. There are many who feel that the aliens have such a high technology that they cannot be defeated. "There are over 140 elements in the true Periodic Table, not 102 as generally acknowledged by regular science. There are 9 alien races (negatives?) on Earth at present. They get high (like cocaine) from the secretions of our adrenal glands. This may be the reason for the missing 100,000 children in the USA.

Alien species classified: - Zeta Reticuli Greys - small. They come from Zeta Reticulan, near Barnard's Star, which is a neighboring star system to Orion. They are very short' about 3 1/2 to 4 feet tall, grayish silver in color and have no sexual or digestive parts to their bodies. They are created through a cloning process of alien genetic engineering. They are an ancient race and have reproduced themselves for thousands of years. They have very limited facial features. They have large eyes, a very small slit for a mouth and no nose to speak of. The eyes are large almond-shaped and black.

Bellatrax Greys - short: - The short Greys, which is shorter than the Zeta Reticuli, is from a star system near the Orion constellation, near the shoulder of the figure in a star system called Belletrax. They are shorter, much like dwarfs' about 1 1/2 feet tall. They are more indirect, but just as vicious towards humans as the Zeta. Both the Bellatrax Grey and the Zeta Reticuli Greys are related genetically from the same root race and look very much alike except for size.

Orion Greys - Tall: - The other type of Grey is the tall, big-nosed Grey. They have large noses and stand about 7 or 8 feet tall. They are based in the Aleutian Islands and recently were witnessed in a park in the Eastern part of Russia. These creatures are hostile, but less vicious toward humans. They have certain powers and technologies that allow them to perform actions that appear miraculous.

All Greys: - The Greys are all, to some degree, influencing human history at this time. The nature of the Greys, especially the Zeta Reticuli and the short Greys, is that they do not have deep emotional feeling or compassion. They are very calculating, cold intellectuals and see humans as being inferior. They look at humans much the same way a farmer looks at his cows. They understand the passions and compassion of humans to the degree it is observable by them. But they do ot have feelings.

Pleiadeans: - Of the five, those from the Pleiades are entities who are distant relatives of humankind. They are related to and are the forefather race of the genetic creation of humankind. They are of a higher spiritual development than most people on earth at this time. They have a kinship towards humans, and are essentially the only aliens who can be trusted by humans. They have blond hair and fair skin. They are allied with the Intergalactic Space Confederation. That doesn't mean that all entities of human appearance in space craft can or should be trusted, for there are humans from this planet from various governments who are working for the Zeta Reticuli Grays.

Draco Mothmen: - In the constellation of Draco, there is another race of entities which has in the past visited Earth. They are 8-foot-tall, dark, nocturnal aliens who appeared around graveyards and parks. They have red eyes that glow in the dark and wings to fly. They are referred to by us as Mothen. They are also the source of legends of the past relating to gargoyles and Valkeries. Even some qualities of vampires have been taken from the qualities of this creature -- the ability to fly and nocturnal habits.

Deros/Teros: - There are also underground civilizations of non-humans that have been referred to as Deros and Teros. The Teros are more friendly and help keep the Deros, who are more demented, from having excessive power. Most of the legends of the past of leprechauns and trolls refer to these non-humans from the inner earth. The Deros are competitors with the Greys, but they have similar qualities and cannot be trusted.

The Government connection and Alien Bases: - There are alien bases in Brazil, Argentina, the United States, the Aleutian Islands, China, the Arctic and Antarctica, New Zealand and Australia, Canada and those that are underwater in various oceans on the earth. There have been a number of bases within the United States. Some of these were closed by secret raids of government teams that were especially established to defuse the influence and presence of these bases, particularly during the 1960s and early 1970s. These DELTA teams would go down into various caves to shutdown certain computers and in the event they ran into any aliens inhabiting the caves, there would be an engagement. They were successful in some areas and failed in others.

Abductions: - About one in every hundred people has been abducted by a UFO whether they know it or not. There is a blue ray which they use during the abductions that captures people and beams them up into the ship. The action of being beamed into the ship with a blue ray actually suffocates the person, causing all oxygen to be sucked from the person's cells, so that they hover near death for a moment. Upon arrival in the ship, they are revived by another ray that restores oxygen into the cells.

Many abductions are of a quite cruel nature. Humans would not want to remember what happened in some of the clinical experimentation or examinations that occurred. The aliens have a vacuum tube that follows up through the rectum and around into the intestines, sucking out fecal matter, which they examine for purposes of their own research. They are looking at the kinds of food that was eaten and examining the effects on the person's health.

They implant chips through the nose, the back of the neck and the back of the head near the right ear during times when the subject is conscious, but in a state of mental and physical paralysis. The subject is not unconscious as if they were sedated. The aliens have the ability to block the memory of the experience through the use of certain injections and drugs into specific areas of the brain.

Zeta Greys abduct humans and use them for genetic experiments. They take the souls from those humans and put them in replicas and release them after having altered them to some degree. They may appear to be the same person -- and the soul is in fact the same, the body is new -- and certain aspects of the memory and personality have been altered slightly.

The aliens create replica bodies into which souls are transplanted from one body into another. This has been portrayed on the television series War of the Worlds. This is a means by which these aliens snatch bodies and control people to make them their own.

Much of this occurs in underground caverns. When people who have disappeared for some time and then are released, there is a possibility that this has occurred to them. The aliens do not see this as cruel. It is simply their unusual culture.

They have been abducting humans for centuries. They see the earth as a big farm and have been raising humans for their harvest. They often abduct them and take them back to their home planet to raise there as a form of animal husbandry.