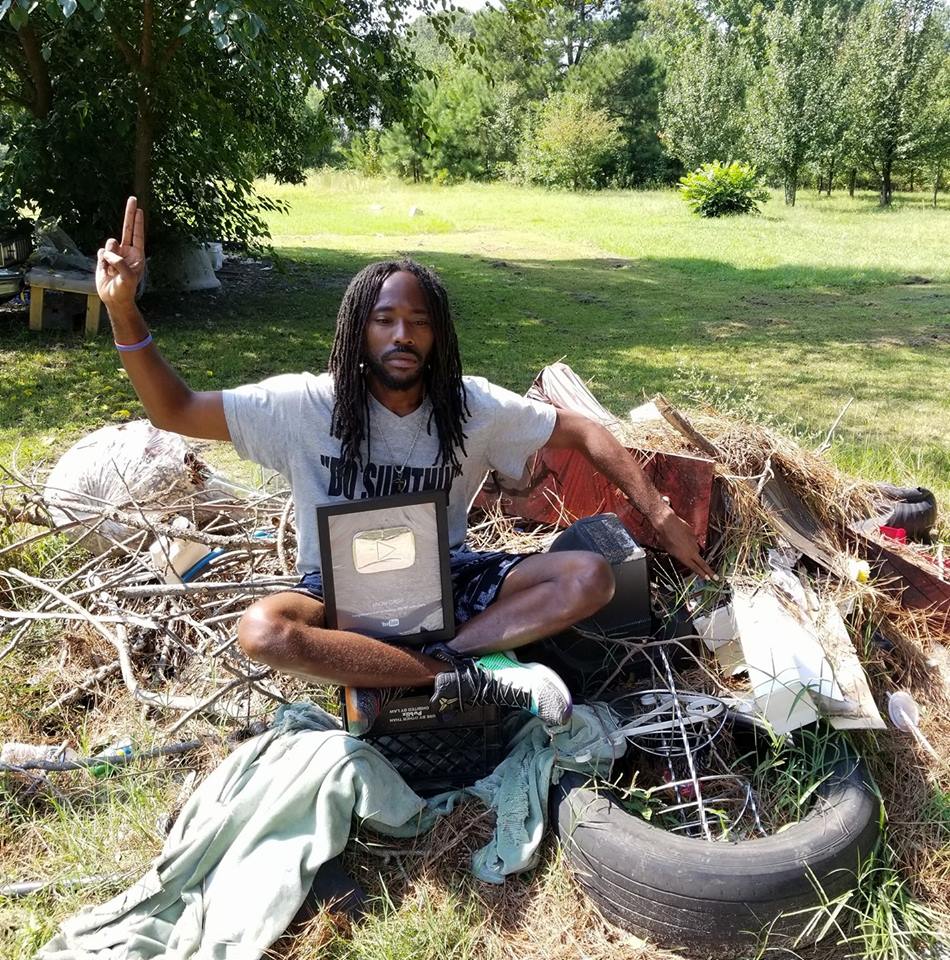 Who I Am:  My name is Byon Artrell McCullough and I am a singer/songwriter and entertainer from Florence South Carolina.  Until recently I was also homeless, and by definition still am, but I prefer the term houseless instead.  I have been performing almost my entire life and no matter what the circumstance, even in my worst moments, my talents have always made a way for me, and music has always allowed me to feel hopeful instead of hopeless.

MY Story:  My story starts very similar to the story of many others I know, I was incarcerated on a non-violent offense and did 5 years in prison, during which time my Grandmother who was my only support system at the time, passed away. On my release I  found, like most, I had lost everything and was homeless. I chose to take my Grandmother's last advice and use my talents which are singing and entertaining, as well as my situation of homelessness, to not only make a way for myself but to build a brand around my situation.

How It Happened:  I started to sing in the street for food, not begging but offering the service of entertainment in exchange for my basic needs. A video guy saw me and shot a video of a" Homeless Man Sings John Legend." The video went viral...receiving over 14 million views on YouTube alone. Seeing the opportunity to do sumthin and be better, with the assistance of the videographer, I started my own YouTube channel with a "dolla and a dream" in 2014. Since then I have used only my talents and the support of those who follow me, to see my way out of the struggle achieving a loyal fan base of over 116,000 subscribers and over 40+ million views on YouTube and although still houseless I have recently trademarked my kNOw CA$H brand, started my own entertainment production company Premeditated ProductionZ LLC, a website, and a t-shirt/merchandise line and will be releasing an EP in January. In doing so I am also able to raise awareness to the face of homelessness and the previously incarcerated and give people hope that dreams can be accomplished.

I have never went back to the life that I had before, I found out that what my Grandmother said about respect taking you a whole lot further than money could is very true... I also realize I can only go so far with
no cash... My fans and supporters are asking for more music, merchandise, concerts and speaking engagements but with the economy such as it is, it's become difficult to achieve those type of outcomes with no cash at all, so I'm asking you to help, with any size donation you can, you aren't just assisting me or my movement, your offering hope and a shining example to everyone touched by my movement, that good people really do exist in this world, that people still help each other, and  most importantly, your reminding them  that success can happen for anyone in any circumstance with a little assistance, a whole lot of determination, and the peace and love  you share with and for each other.