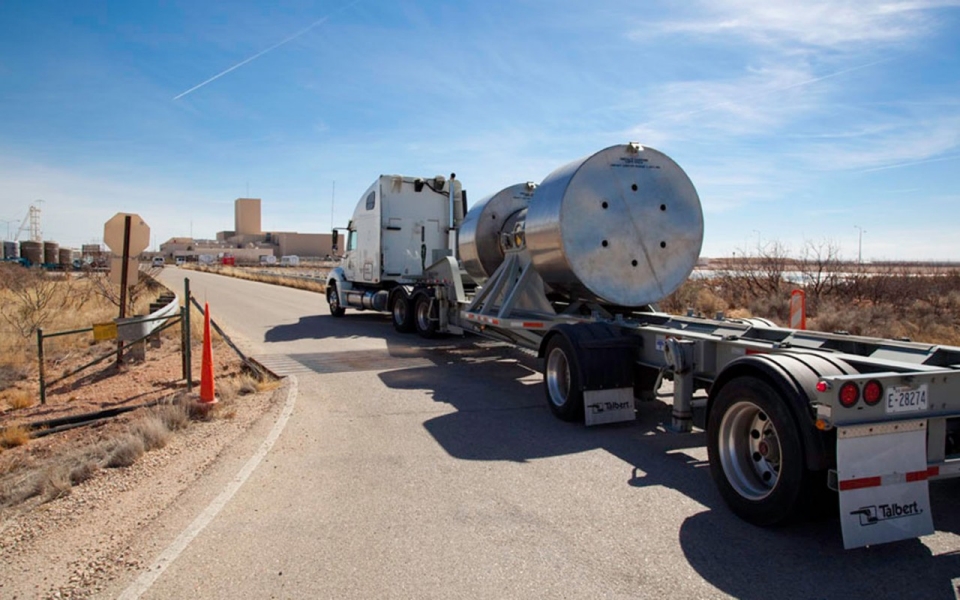 Federal officials and a private contractor held a joint press conference on Thursday to say it is too soon to speculate about the health effects a radiation leak at the nation's first underground nuclear waste repo... might have on the workers there.

The Department of Energy (DOE) and the contractor that runs the Waste Isolation Pilot Project (WIPP) in New Mexico confirmed Wednesday that 13 workers who were above-ground the night of one reported leak have tested positive for radiation exposure. And they say more workers are being tested.

DOE representatives said more tests are needed to determine the levels of exposure, and emphasized that all readings at the site have been at what they said were “very low” levels.

The leak has raised questions about the facility’s safety, and provided ammunition for anti-nuclear activists who say there is currently no safe way to store nuclear waste.

The accident is the first-known release of radiation since the dump began taking plutonium-contaminated waste from U.S. nuclear bomb construction sites 15 years ago.

All employees who were working at the plant when the leak occurred late Feb. 14 were checked for contamination before being allowed to leave. Biological samples were also taken to check for possible exposure from inhaling radioactive particles.

Elevated radiation levels have been detected in the air around the site, but plant officials have said the readings are too low to constitute a public health threat.

And they have said that all indications are that a HEPA filtration system designed to immediately kick in when radiation is detected and keep 99.7 percent of contamination from being released above ground worked.

But watchdog Don Hancock, director of the Nuclear Waste Safety program at the Southwest Research and Information Center, said the fact that the workers were exposed raises questions about those claims.

"The WIPP systems right now are in the guinea pig stage," he said. "We know in theory what they were designed to do but we don't know how well they worked because they have never been tried."

While the Department of Energy insists that the radiation leak was small, some aren’t convinced.

Arnie Gundersen, chief engineer at nuclear safety advocacy organization Fairewinds and a former nuclear plant executive, said the Department of Energy’s tight lips might be a sign that the leak is bigger than originally thought.

“There are signs they’re playing keep-away with data,” Gundersen said. “We need to know what they measured for. They’re only giving us half the numbers”

Gundersen said officials are likely conducting a slew of tests that they are not disclosing to the public. He said the fact that radiation is being detected 3,000 feet away from the site suggests the leak is large.

But it could be weeks before officials can get underground to find out what caused the leak, and how big it is. Possible scenarios include a ceiling collapse or a forklift puncturing a canister, Farok Sharif, president of the Nuclear Waste Partnership, said Monday before a community meeting in Carlsbad.

The leak came nine days after a truck hauling salt in the plant's deep mines caught fire, but officials say they are confident the incidents are unrelated.

WIPP is the first deep underground nuclear repository in the U.S. and the only facility in the country that can store plutonium-contaminated clothing and tools from Los Alamos National Laboratory and other federal nuclear sites.