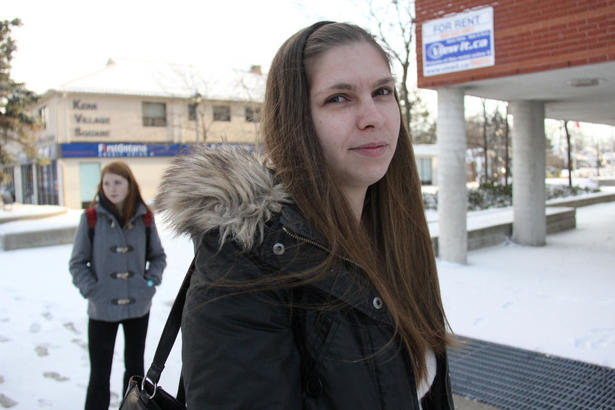 Erika Klein made sure her 14-year-old daughter received all her mandatory vaccines, but has opted out of some of the voluntary ones and doesn't think parents should be forced to immunize their children.

The report — to be tabled Friday at a meeting of Toronto’s Board of Health — calls on the provincial health ministry to consider updating the group of immunizations required for school attendance to include more publicly funded vaccines.

Although there appears to be growing opposition to vaccines among some parents, the school-mandated vaccination program has been so successful — achieving almost total compliance — that the public health unit wants more vaccines added to the list.

Currently, elementary and high school students must be vaccinated against measles, mumps, rubella, tetanus, diphtheria and polio. Without proof of those shots, students can be suspended for up to 20 days, unless they provide a notarized “statement of conscience or religion” to the public health unit.

The threat of suspension, coupled with sending reminder notices home to parents, leads to nearly 100 per cent immunization coverage for the 6 listed diseases. Less than two per cent of parents choose to exempt their children.

But the law requiring schoolchildren to be immunized was written 22 years ago and has not been updated to reflect additions to the province’s publicly funded immunization schedule, which now includes vaccines against chickenpox, meningitis, whooping cough, rotavirus, invasive pneumococcal disease, hepatitis B, and human papilloma virus for girls.

“So we’re calling on the ministry to take a look at what additional vaccines there is good evidence to add to the mandatory program,” said Dr. Michael Finkelstein, the city’s associate medical officer of health.

The recommendation stems from a previous Toronto Public Health report called The Unequal City, which found that children living in lower income neighbourhoods were more likely to have incomplete immunization records at the start of the school year.

However, the public health unit found that with the threat of suspension, immunization rates levelled across income disparities. In fact, by the end of the school year, immunization rates were slightly lower in the highest-income parts of the city, which had higher exemption rates.

This is the part of the program most important to Councillor John Filion — who chairs the city’s health board — and why he supports the recommendation. “It helps to level the playing field,” Filion said.

Any decision is still far off, but expanding the mandatory vaccination list might upset parents who feel it should be up to them, not public health officials, to decide what shots their children get.

Oakville mother Erika Klein, who has a 14-year-old daughter, said she is opposed to more mandatory vaccinations.

“I just think we should have the right to choose,” Klein said, adding that “she didn’t think twice” about getting her daughter vaccinated when she was an infant, but has since opted out of the voluntary HPV and meningitis vaccines out of concern for side-effects. “You’re putting a needle into your kid because the school is telling you you have to . . . that’s a bit intrusive.”

As far as Toronto Public Health is concerned, the issue is clear: the goal of any immunization program is to achieve “herd immunity,” which is a level of protection against disease that prevents it from circulating within a population. The best way to achieve that, according to their stats, is to make it mandatory through the school system.

“From my perspective, vaccinations have proven to be very safe,” said Finkelstein. “We’ve seen through this report that they are very effective as preventing disease as long as sufficient number of people get the vaccine to get herd immunity.”

For Dr. Astrid Guttman, a pediatrician at Sick Kids Hospital, the success of the school-mandated program is actually symptomatic of a larger illness: there is no reliable immunization tracking system outside of schools.

“Currently, (the school system) is the only point in time where public health gets any vaccination data,” said Guttman, who has researched immunization as a senior scientist for the Institute for Clinical Evaluative Sciences.

Guttman said it is the major reason why Canada is last among OECD countries for vaccination against pertussis, or whooping cough.

If the province could accomplish these objectives, Guttman said, they would not need to threaten to suspend students to get them immunized.

This is heinous.  I cannot believe more people are not in uproar about vaccines and putting toxic waste in their children and their very bodies.