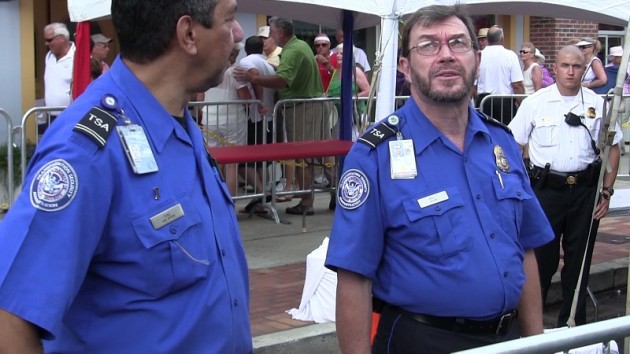 This little ditty will no doubt make you feel a lot safer as you fly the friendly skies. Feeling that I had to get out of dodge and clear away the post-election anxiety and stress, I decided to schedule an impromptu Thanksgiving trip to Little Rock, Arkansas, to visit an old friend.

I made sure to carefully pack my suitcase for travel as I tried my best not to forget anything vital for the trip, and I arrived at Fort Lauderdale International Airport an hour and fifteen minutes before the flight’s departure.

Just as I was about to check-in, I realized I had left my driver’s license and one of my credit cards on the kitchen counter.  I had both of them in my pocket the night before, and as most can relate, I forgot to put them back into my wallet.

The Delta Airlines agent told me I did not have enough time to go back home and make the flight, the only connection of the day into Little Rock.  He advised me to talk to TSA about what they could do for me.  Not feeling very optimistic, I approached the TSA agent checking ID’s and gave him my sad song and dance story.  The agent called for his Supervisor, who upon my telling him my dilemma, told me, “Don’t worry, you will fly today, just let me see what you have.”

This TSA agent said he wanted to see what other forms of ID I had in my possession.  Expecting to be turned away, I showed him two other credit cards, my Sam’s club card, even my Regal Cinema card.  But it wasn’t until I showed him my voter ID card that he indicated that credit cards were a sufficient enough form of ID that granted me me permission to fly.

Yes, ladies and gentlemen, I did not have to show any form of picture ID to go through the TSA’s much hyped ‘comprehensive’ screening process.  Whether the TSA will allow me to get away with this on my return flight back to Florida, we shall see. Would you let me on the flight? (me pictured).

This security lapse begs the obvious question- couldn’t anyone give the same song and dance excuse and be able to board an airplane?  I certainly didn’t expect to be allowed to board the flight without picture ID, but let’s be real- this is no doubt a fundamentally flawed policy that will easily be breached by individuals who do pose a threat.  You have to really wonder, does the TSA really give a rip about airport security, or are they actually more preoccupied with projecting the perception that they’re protecting you when they really aren’t?