Turning Hemp Fibers Into Batteries: Another Way Hemp Could Save Our Planet 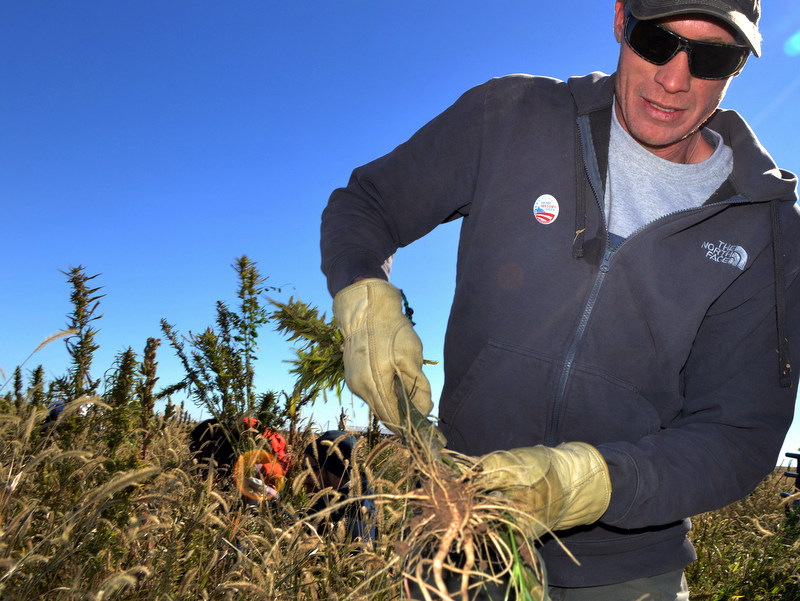 Dr. David Mitlin, the head researcher of a group working on supercapacitors at the University of Alberta in Canada says that their project turning hemp fibers into a graphene substitute is about one thousand times cheaper than making graphene. We have legions of electronic devices, and each one of those devices has a battery inside of it. Ever experience the frustration of fully charging your smartphone just to have it die a few hours later? Or need your electric car to drive more miles before the battery is completely drained? Then read on.

Let’s begin with how a basic capacitor works. A capacitor stores energy electrostatically in an electric field, i.e. a battery or electrical circuit. Capacitors store energy between plates, or the electrical conductors, which can be thin films of metal or even aluminum foil.

A supercapacitor is basically a capacitor on steroids. Something typically used as a supercapacitor is graphene, and graphene is known to conduct heat and electricity with superb efficiency. “Graphene,” explains Liming Dai, Director of the Center of Advanced Science and Engineering for Carbon at Case Western Reserve University, “is a single atomic layer of carbon sheets. You peel one layer away from graphite, you get graphene. Graphene has a huge surface area for capacity to store the charges and it gives you more charge to store on the surface.”

The American Chemical Society explains, “supercapacitors are energy storage devices that have huge potential to transform the way future electronics are powered. Unlike today’s rechargeable batteries, which sip up energy over several hours, supercapacitors can charge and discharge within seconds. But they normally can’t store nearly as much energy as batteries, an important property known as energy density. One approach researchers are taking to boost supercapacitors’ energy density is to design better electrodes.” And hemp, some think, could be that better electrode.

Getting graphite, the parent of graphene, is a pretty dirty business. Graphite has to be mined then chemically processed to make graphene. Dai says, “The peeled away layers of graphite use a very strong acid, like a sulfuric acid or nitric acid to oxidize the graphite to make the graphene sheet.” This acid application damages the structure, thereby losing electrical conductivity, not to mention utilizing a very harmful and environmentally unappealing chemical agent. “Hemp is a good replacement for this strong acidic process because you can produce graphene with more connective structure and a cheaper process.”

In addition to the unsavory chemical treatment, there is also the issue of graphite mining, currently a very big problem in energy-hungry and pollution-laden China where a lot of our electronics are produced. Ironically, graphite is in the batteries that power Tesla Model S cars, Toyota’s plug-in Prius, and other electric cars that promise zero emissions yet pollute China’s air and water, damage crops, and create unbearable smog. Also, graphite does not store energy nearly as well as graphene does, and graphene, says Dai, “is difficult to peel off. If you peel layer by layer of graphene out of graphite it is very tedious. And you cannot get high-yield production.” And this peeling-away process makes graphene very expensive to make.

Mitlin and his researchers are hoping to take energy-storing graphene from a low-yield environmental albatross to a high-yield and planet friendly supercapacitor by using the stalk of the hemp plant as a replacement for graphene. Generally discarded in landfills after use, the bast, Mitlin explains, “is a nanocomposite made up of layers of lignin, hemicellulose, and crystalline cellulose. If you process it the right way, it separates into nanosheets similar to graphene.”

So how do you turn hemp fibers into a supercapacitor? Gizmag describes the Mitlin team process like this: “The researchers first heated the fibers for 24 hours at around 350° F (180° C) — essentially, pressure-cooking them in water — to dissolve the cellulose and lignin components; they then exposed the resulting material to potassium hydroxide to create graphene-like carbon nanosheets. The resulting sheets are far from perfect, as they are crumpled and riddled with holes. But as it turns out, when it comes to building supercapacitor electrodes, this is a very good thing. In order to build high-efficiency capacitors, the surface area of the electrode must be as high as possible, so that electrically charged ions can access the material easily and transport charge effectively.”

The nanosheets made from hemp have a built-in crumpled-type of structure and are inherently holey and thick as far as nanosheets go, which makes them very conductive to electricity. “They are not quite as conductive as graphite,” says Mitlin, “but the supercapacitors performed remarkably well, about three times higher than commercial counterparts. The device can also operate under wider temperature margins.”

Environmentally, substituting hemp for graphene just makes good sense, not only because we don’t have to mine hemp but because it doesn’t require any chemicals to grow and will take root just about anywhere. There is still work to be done for Mitlin’s team in Canada but Dai thinks that they are definitely on the right track. “The structure allows you to release energy quickly or slowly, so the process looks very good, it is very good to produce that particular type of graphene for energy application that we can grow and is also eco-friendly.”