The referendum in Crimea on March 16, 2014 will probably attach the peninsula to the Russian federation. While it is unlikely that NATO will intervene and seek a direct military confrontation with Russia, the United States and the European Union are already cooking some broad and unwise economic sanctions with which to punish Russia. Russia, for its part, has at its disposal some mighty economic weapons with which to retaliate, as needed. The economic pain from this tit for tat of sanctions will be, in particular, inflicted to the EU. Because of the interconnections between all economies and financial markets, mutual economic sanctions could drive a still fragile world economy to a financial crash. The West, acting as if it solely and arrogantly represents the international community, has formulated a hazardous policy to isolate Russia. This ill-advised strategy is extremely shortsighted on all levels. Unlike Iran, Russia is fully integrated into the global economy. 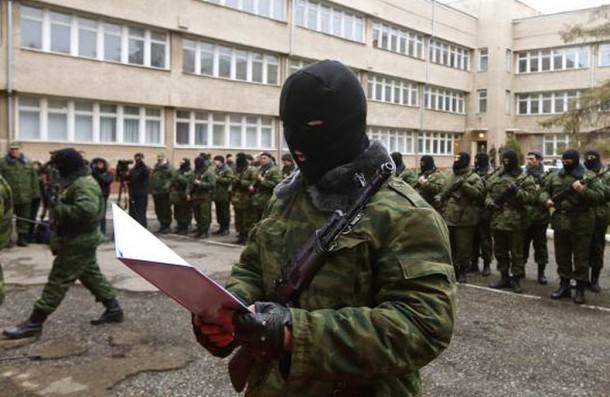 A test for BRICS

The Ukraine crisis is a major test of BRICS‘ geopolitical validity as an economic group, political  force and potential military alliance. China, Russia’s biggest partner in BRICS, has been strangely muted about Ukraine and the Crimea referendum, urging for “restraint on all sides” and pushing for a political solution. During the emergency meeting of the United Nations Security Council on March 15, 2014, on a resolution to declare Crimea’s referendum illegal, China did not side with Russia by using its veto power but instead abstained from voting. China’s abstention does not fare well for the future of BRICS, as it plays into the strategy of the US and its EU partner to isolate Russia. China, by its abstention from the UN vote, and India, Brazil and South Africa, by their subdued responses, have already played into the hands of the US and its European allies. Will China and other BRICS members step in forcefully to stop the madness of multilateral economic sanctions? 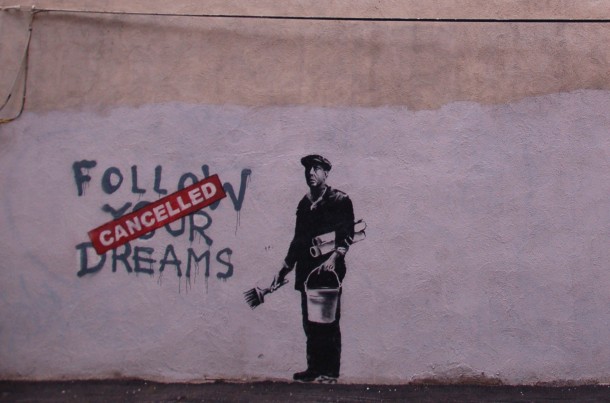 Russia, to prevent the announced freeze of its assets in the US, has already acted on the looming sanctions by liquidating more than $100 billion of its holdings in US Treasury Bonds. The bonds, which represent about 80 percent of Russia’s holding in US T-Bonds, were transferred out of the US Central Bank. The withdrawal was revealed by the US central bank when it announced that its holdings in T-Bonds dropped by $105 billion for the week ending March 12, 2014, from $2.96 trillion to $2.85 trillion. This abrupt sale is three times higher than any weekly sale was at the peak of the 2008 financial crisis.

Of all countries, China has the means to diffuse the potential economic crisis by also threatening to dump US T-Bonds. China owns an estimated $1.3 trillion in US Treasury Bonds and is the number one investor amongst foreign governments. Other BRICS members such Brazil and India own respectively $250 billion and $64 billion in T-Bonds. Consequently, the threat by BRICS members of a coordinated fire sale would represent more than $1.6 trillion in T-Bonds. This would be a powerful enough “financial weapon of mass destruction,” to quote Warren Buffet,  to crash Wall Street, the US dollar, and by a ripple effect, the European financial markets. 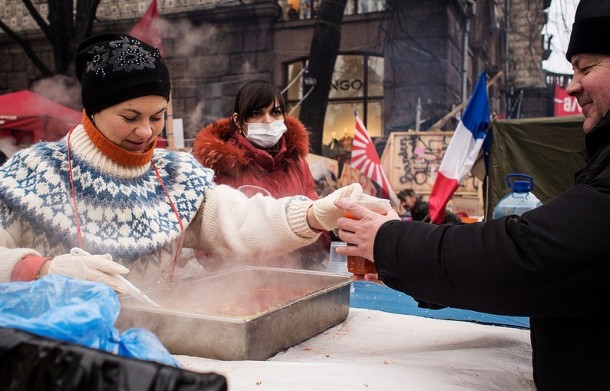 China has rightly warned that drastic economic sanctions against Russia, and Russia’s subsequent retaliation could make the global economy “spiral into chaos.” Sanctions on Russian exports would greatly expose the EU. Europe imports 30 percents of its gas from the Russian state-owned company Gazprom. Russia is also Europe’s biggest customer. The EU is, by far, Russia’s leading trade partner and accounts for about 50 percent of all Russian exports and imports. In 2014, EU-Russia overall trade stands at around 360 billion Euros per year. Russia’s total export to the EU, which is principally raw materials such as gas and oil, stands at around 230 billion Euros, while Russia’s imports from the EU amount to around 130 billion Euros of mainly manufactured products as well as foodstuff. The EU is also the largest investor in the Russian economy and accounts for 75 percent of all foreign investments in Russia. 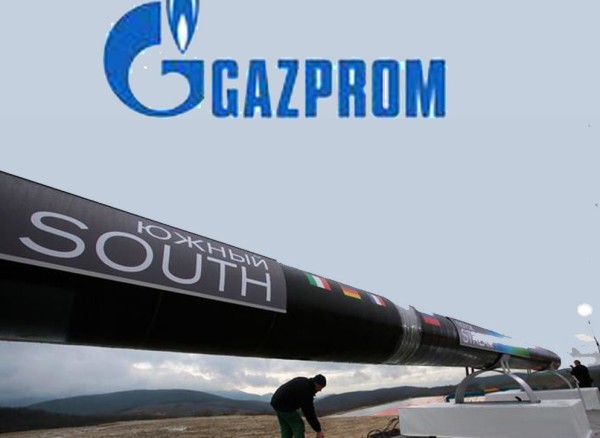 In case of Western economic sanctions, Russian lawmakers have announced that they would pass a bill to freeze the assets of European and American companies that operate in Russia. On the other side, more than 100 Russian businessmen and politicians are allegedly targeted by the EU for a freeze of their European assets. Besides Alexey Miller, head of the state-owned Gazprom, the CEO of Rosneft, Igor Sechin, is also apparently on the sanction hit list. Rosneft is the largest listed oil company in the world and, as such, has partners worldwide, including in the West. For example, the US-based company Exxon-Mobil has a $500 million oil-exploration project with Rosneft in Siberia, and Exxon-Mobil is already in partnership with the Russian giant oil company to exploit Black Sea oil reserves. 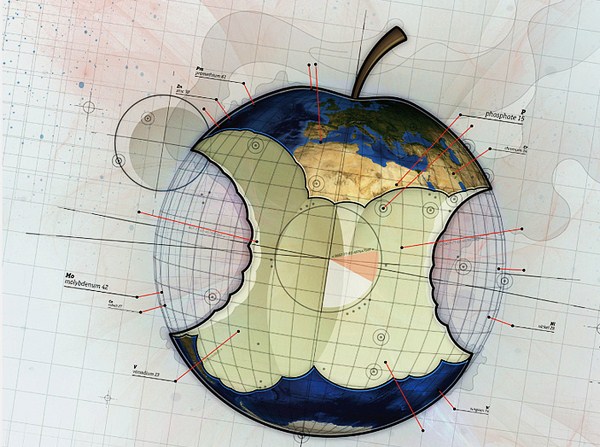 Global zero sum game or is it  fracking stupid?

The US’ booming fracking business and its lobbyists in Washington view Ukraine’s crisis as an opportunity for expansion into new markets. They argue that the US can provide Europe with all its gas needs and, by doing so, make obsolete Russia’s main economic weapon of shutting off EU’s main gas supply. Needless to say, this would harm the Russian economy by cutting off one of  its key sources of revenue, which amounts to $230 billion a year of export to the EU. 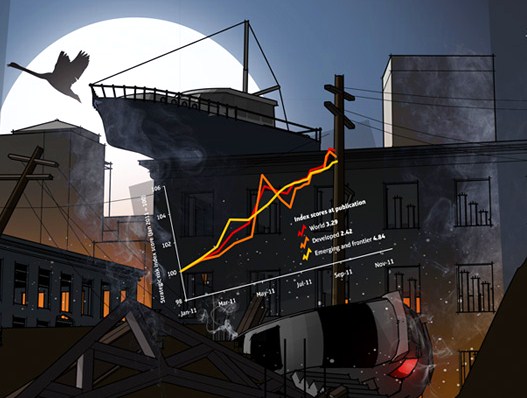 On paper and in theory, the plan to supply the EU with natural gas from fracking sounds manageable. Fortunately, for the sake of the environment, this idea to provide Europe with gas proudly made in the USA is a pie in the sky. Fracking has been singled out as perhaps the most damaging way to extract energy, due to its pollution of water, release of the extremely strong greenhouse gas methane, and potential to cause earthquakes. Realistically, it would take at least three years to sort out the issues of transport, storage and distribution of the US-derived natural gas for Europe. Europeans have a choice: either stick to Gazprom’s cheap and reliable gas or rely on Uncle Sam’s pipe dream for their energy needs. Military escalation is unlikely once Crimea decides to join the Russian federation: NATO doesn’t have the stomach for it. On the other hand, economic sanctions and the Russian retaliations are a recipe for disaster. This game of sanctions is a global zero sum game that could make the 2008 crash look for all of us like a walk in the park.