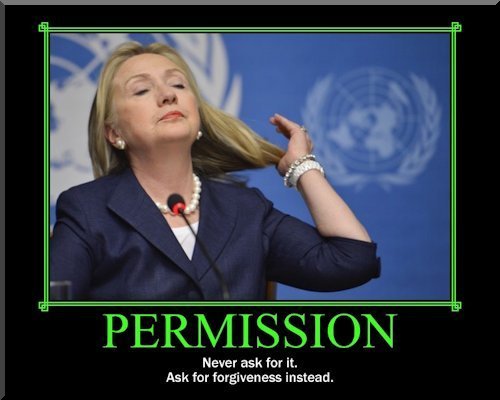 An undercover video published Thursday by James O'Keefe’s Project Veritas purports to show Nevada-based Hillary Clinton campaign staffers and volunteers ignoring and knowingly violating Nevada’s voter registration laws. Moreover, the video appears to show that this conduct is being condoned and encouraged by a local attorney who works for the Clinton campaign.
According to the video, it is a felony in the state of Nevada for anyone involved in the voter registration process to “solicit a vote for or against a particular question or candidate; speak to a voter on the subject of marking his or her ballot for or against a particular question or candidate.”

The video appears to show that numerous Hillary Clinton campaign staffers are well aware of the law. Nevertheless, the video shows them laughing at the law and repeatedly bragging about violating it by promoting Hillary Clinton verbally and with campaign literature as they attempt to register potential voters.

According to the video, when the attorney in question, identified as Christina Gupana, was told about this alleged lawbreaking, she advised the staffers to, “Do whatever you can. Whatever you can get away with, just do it, until you get kicked out like totally.”

More than one staffer says that the campaign’s motto towards these laws is “Ask for forgiveness, not for permission.”

Hillary and Bill Clinton personally paid the State Department staffer who set up their private email server, two Clinton campaign aides said Saturday. Bryan Pagliano was retained separately from his job at State to install the server, the aides said. The arrangement insured that no taxpayer money was spent on setting up the server that was used by the Clinton family and some of their closest advisers, the aide said.
Nick Merrill, a spokesman for the Clinton campaign, tweeted a statement early Saturday afternoon that said Pagliano was hired to "periodically" manage the server.
"Bryan was hired by the Clinton family as a consultant in order to help out periodically with the management of the system in Chappaqua that hosted the family's emails," Merrill said.
The Washington Post first reported the arrangement Friday night.
A message left with Pagliano's lawyer Saturday morning was not immediately returned.
Pagliano, an IT specialist, informed Congress through his lawyer earlier this week that he will invoke the Fifth Amendment to avoid testifying before the House Select Committee on Benghazi and other Congressional inquiries into the server.
RELATED: Top Clinton aide says no work-related emails were withheld or destroyed
Clinton's aides had earlier sought to minimize any damage from his refusal, saying they'd encouraged Pagliano to testify because he has nothing to hide.
"We had hoped Bryan would also agree to answer any questions from the committee, and had recently encouraged him to grant the committee's request for an interview," a Clinton aide told CNN on Thursday.
"Bryan is an utter professional and a wonderful young man who does not live in the public eye and understandably may not wish to be drawn into a political spectacle," the aide said. "So his decision is both understandable and yet also disappointing to us, because we believe he has every reason to be transparent about his IT assistance."

A computer programmer testifies at senate hearing to election voting fraud in the u.s , this is not the only occasion where the machines were manipulated, amazing huh, they manipulate people through mass media to get an uninformed vote, then they still have to manipulate the machines to win the elections
"democracy" can be a useful tool when you have these tools at hand,
republic is the word used in the constitutions,
no wonder they try to convince people that America was always a democracy.