'United Nations Wants to Use Drones'

The U.N. wants to use drones, the French news agency Agence France-Presse reports. "The United Nations wants to use drones for the first time to monitor fighting in the eastern Democratic Republic of Congo, where Rwanda has been accused of aiding rebels," says the report, quoting U.N. officials.

The international body "is considering a range of ways to strengthen the capabilities of MONUSCO to protect civilians from the threat of armed groups in the vast area of eastern DR Congo," a U.N. spokesman says.

"Unarmed aerial vehicles, drones for monitoring the movements of armed groups, are one tool we are considering."

The spokesman, Kieran Dwyer, insists the U.N.'s use of drones would be done carefully.

"Of course, we would do this carefully, in full cooperation with the government of the DR Congo, and trialing their most effective uses for information gathering to help implement our mandate to protect civilians," says the spokesman.

"Ultimately, to introduce these, we would need the support of member states to equip the mission." 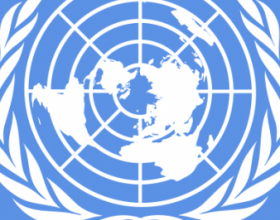 An unnamed diplomat says, "The UN has approached a number of countries, including the United States and France, about providing drones which could clearly play a valuable role monitoring the frontier. ... Clearly there will be political considerations though."

It is not clear whether any of the countries have agreed to work with the U.N. on the budding drone program.