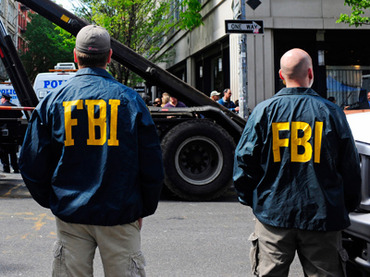 With the world closely watching the rapidly developing case of Julian Assange, RT sat down with American author Naomi Wolf to discuss why journalists are finding it increasingly difficult to publish data the US government doesn’t want them to.

Last month, US Defense Secretary Leon Panetta ordered Pentagon officials to keep a close eye on major US media outlets in an effort to prevent them from publishing government secrets. The order came after whistle-blowing website WikiLeaks made public thousands of classified documents belonging to the US and other countries.

The site’s founder, Julian Assange, is wanted in connection to a European arrest warrant and is holed up in the Ecuadorian Embassy in London. On Thursday, Ecuador granted him political asylum, but he still faces the challenge of actually reaching the country, as British authorities have made it clear that he will be arrested as soon as he steps out of the consulate.

While Assange is wanted for questioning in a sex crimes case in Sweden, recently-adopted US legislation is making citizens think twice before going to public protests to exercise their First Amendment rights, Naomi Wolf,  author of The End of America: Letter of Warning to a Young Patriot, noted.

RT:Recently, US Defense Secretary Leon Panetta announced an order to Pentagon officials to begin monitoring major news stations in the US to see if any media outlets are disclosing classified information. As a journalist and an American, what is your take?

Naomi Wolf: My immediate take is a profound feeling of nausea and a sense that somehow, the United States has collapsed into the Soviet Union circa the mid-1930s. This was horribly foreseeable, but I can’t believe it’s come to this. The Bush administration began its trajectory several years ago by saying that they were going to start to reactivate the Espionage Act, and they threatened to go after The New York Times when they broke the SWIFT banking story about how the government was monitoring people's financial transactions. But a journalist’s job is to publish classified information. First of all, these two White Houses, Obama’s and Bush’s, have been systematically over-classifying everything, especially wrong-doing – anything related to what whistleblowers want to release, torture they’ve engaged in, the methods of torture, fraud, corruption – they’re classifying it all. I’ve had conversations with legal representatives of people at Guantanamo who tell me that they can’t tell me how their clients have been tortured because it’s classified and they would get in trouble because of the way government is over-classifying information. It’s not national security information, it’s the government classification as a way of protecting its own corruption and fraud.

RT:What do you think will happen to Julian Assange if he ends up in the US?

NW: In an ideal world, obviously I believe in the rule of law, and in an ideal world he would go safely to Sweden, and the women who accused would have their day in court, and he would have his day in court, and justice would be impartial. I don’t think that’s what happening in his case. I think it’s a global manhunt to punish and silence a whistleblower publisher. Not a leaker, but a publisher, I want to stress this. Bradley Manning leaked the material, allegedly, and so he has to deal with whatever he has to deal with. Dan Ellsberg is to Bradley Manning as Julian Assange is to The New York Times. So I think that there is no way that he can have an impartial trial in Sweden, but quite apart from that, I’m quite concerned that there is some meta-national pressure on Britain and on Sweden by the US. Andrew Kreig, a very good investigative citizen journalist, has documented a lot of evidence that demonstrates that the intent is to extradite Assange to the US and then have him be the highest-profile journalist at Guantanamo. Where do you go from there? People have been there for ten years without a charge or trial. And I think that that’s not just to silence him, but I think it’s also to send a message to anyone else who might leak compromising, embarrassing or problematic material for the United States.

RT:Earlier this year, you threw your support behind a class action lawsuit filed against US President Barack Obama and his Defense Secretary over the National Defense Authorization Act. When you were reporting about that bill, you said that it “included powers that could bring the authorities of Guantanamo to American courthouses, streets and backyards.” In May, a judge suspended section 1021 of the NDAA.

NW: The National Defense Authorization Act is an absolutely terrifying piece of legislation. Section 1021 was the section that explicitly said this allows the president to round up anyone and hold them without charge or trial. Chris Hedges, a very brave journalist, brought this forward, as well as many activists, including Occupy activists from London. The president’s lawyers were in the court, and I was there listening to this, and to my shame there were like one and half reporters in the room, none of them from major news outlets, when the most important thing ever to have happened to that point was happening. And the government’s lawyers basically confirmed that Chris Hedges could be detained forever for reporting on the Taliban, or reporting on people who could be classified as enemy combatants, or if someone wrote a book about enemy combatants, [if it] was in any way sympathetic to the point of view that the US had too much power in this part of the world. Crazy examples of sweeping powers to detain American citizens and to criminalize dissent and to criminalize journalism. And so this very brave judge listened to the evidence, which wasn’t hard to miss because it was so confirmed by these lawyers, that she suspended that part of it, and so saved the Constitution, where the due process clause is, which guarantees everyone in America the right to a trial.

'NDAA would have allowed American journalists to be rounded up'

RT:Why hasn’t the NDAA story been a bigger story in American mainstream media? This was a huge issue. This bill was signed in when people were celebrating New Year’s Eve. And then, nobody heard about it on mainstream media. Why do think that is?

NW: When I talk to journalists, senior people who are running major news sites and opinion sites, I would say, did you know that the due process clause was suspended on New Year’s Eve? And their like, “What? Surely not!” Because they did not see the coverage. Any coverage would be buried and obfuscated. And no one’s giving these people orders to not cover it. I was listening to these historic arguments of the American president’s lawyers saying he had the right to round up journalists. And there was no ABC, NBC, no NPR, no CNN, no Fox News, nobody was there. And the best explanation I have is denial. Maybe it’s such a huge story that no one can really believe that this is happening, so we can’t cover it, but I do think that what we’re seeing right now – and I predicted this would happen in November of last year – is a crackdown against Occupy Wall Street, the criminalization of dissent, the bullying of journalists. I think it’s a little to do with what we’re seeing in the news right now, this huge fraud being uncovered in the banking sector. HSBC, Bank of America, Wells Fargo, Barclays, Bank of England, fraud, fraud, fraud. Not marginal fraud, but clearly systemic fraud. And I just wrote a piece about this for The Guardian. Tim Geithner finds out about this in 2008, writes an e-mail, doesn’t leak the news or call a press conference, and then becomes Treasury Secretary. So, it’s clear that there’s a small group of guys and girls who are in on massive fraud. So this Occupy movement, and journalism, threaten to uncover a lot of crimes if the books are ever opened. And in an electronic world, these crimes last forever. So that now is my working theory about why we’re seeing such a sudden and violent crackdown on reporting, on dissent, on whistleblowers.

RT: Occupy Wall Street is a movement that really raised awareness and pointed attention to the fact that money was flowing from Wall Street to Washington and influencing policies. The economic problems have not gone away since the fall of 2011. Occupy Wall Street has died down a bit, though. Why do you think that is?

NW: In the fall of 2011, American citizens gathered together and spoke up. They protested and occupied public spaces and they were shot with rubber bullets and they were arrested for staying on the sidewalk, as I was and my partner was, lawfully obeying the law. I was arrested for standing on the sidewalk telling Occupy protesters what their First Amendment rights were: to protest. We were facing 15 days in Rikers Island, which is a violent prison. It makes you think twice about going out to use your First Amendment rights. Occupy Wall Street protesters were maced, they were powerhosed, they were beaten, locked up for 17 hours and forbidden to use the bathroom. They were tortured as much as the civil system allows. Every activist assumes that their e-mails are monitored, that their phone calls are monitored. It’s a complete sense of Big Brother being a hair’s breath away. I am frightened seeing countries like Britain okaying legislation to institute this kind of surveillance. In Europe, people still think they have some privacy, that they can go to a march and then go home. I am sorry to say that when you get this matrix of surveillance, plus police brutality, plus laws that suspend due process, it’s very effective at breaking down protest. Let me flip it around and say that having studied closed societies and societies that reopened democracies, mass protest is the key to reopening democracies.