US Sergeant booted off Marines for Obama Facebook posts 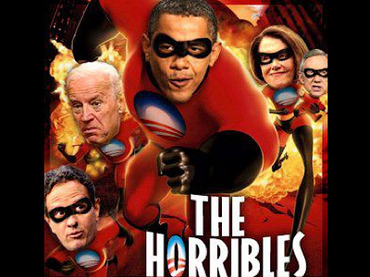 A US Marine has been given “other-than-honorable discharge” for calling president Obama an “enemy” and making Facebook comments about him. The decision has caused a row over whether the Pentagon’s social media policy violates rights of the military.

Sergeant Gary Stein, who had served in the Marines for nine years, including a term in Iraq, will not be able to re-enlist in any branch of the US armed forces, and will lose his benefits.

Stein made his comments about Obama on the Armed Forces Tea Party Facebook page, which he created.

“I say screw Obama, I will not follow all orders from him,” Stein posted in January.

He later clarified the statement, stressing that he would not follow unlawful orders.

In a separate debate on a Marine internal network, he also called Obama a “domestic, economic and religious enemy.”

District Judge Marilyn Huff ruled that the military was within its rights to act against Sergeant Stein on the basis that he violated Pentagon policy that restricts soldiers’ freedom of expression during active duty.

Stein said he was disappointed by the decision and maintained he was merely exercising his constitutional right to free speech.

“I'm having a hard time seeing how 15 words on Facebook could have ruined my nine-year career,'' he said to the Associated Press. He had earlier admitted “The words that I used were tasteless and I could have articulated my point more clearly.”

Stein had already been warned that he would face disciplinary action for creating the Tea Party Facebook page that drew over 20,000 followers.

He had used the site to post images of Barack Obama Photoshopped into a Jackass film poster. Stein also superimposed the president’s photo onto an Incredibles poster, which he then rebranded as The Horribles.

He had emphasized that the “page does not represent, and is in no way affiliated with the military, or United States Armed Forces,” and was intended as a place for discussing politics.

The Marine Corps said Stein was well aware of the ramifications of his actions and that his behavior was “a significant departure from the conduct expected of a Marine.”

Stein’s lawyer Gary Kreep said that he will appeal the ruling “as long as he [Stein] wants to pursue this,” although he said it was doubtful that the decision would be overturned.

Tom Umberg, a former Army colonel and military prosecutor told AP that he found the court’s conclusion unsurprising, given that the “Marine corps gave him [Stein] the opportunity to think about his actions. The Marine Corps cannot tolerate a noncommissioned officer undermining the chain of command,” Umberg said.