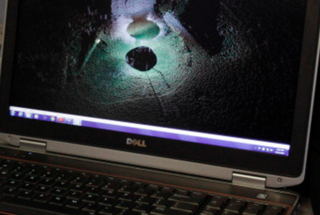 The Obama administration has overseen a sharp increase in the number of people subjected to warrantless electronic surveillance of their telephone, email and Facebook accounts by federal law enforcement agencies, new documents released by the American Civil Liberties Union on Friday revealed.

The documents, released by the ACLU after a months-long legal battle with the Department of Justice, show that in the last two years, more people were spied on by the government than in the preceding decade. The documents do not include information on most terrorism investigations and requests from state and local law enforcers. Nor do they include surveillance by federal agencies outside Justice Department purview, like the Secret Service.

Department of Justice agencies obtained 37,616 court orders for information about phone calls in 2011, according to the documents. That's an increase of 47 percent from the 25,535 orders obtained by the government in 2009. Including Internet and email information requests, more than 40,000 people were targeted in 2011.

"We're seeing a massive increase in requests for what as a technologist I would call metadata, so it's not the what you say, but the who you say it to," said Chris Soghoian, the principal technologist at the ACLU's Speech, Privacy and Technology Project. The government can legally collect that metadata, about who and when you call, email or instant message, because of the Electronic Communications Privacy Act, passed in 1986. Back then, "pen registers," which collect outgoing data like phone numbers, or "trap and trace" devices that collect incoming data, were physical devices that had to be attached to phone lines. It was an arduous process that limited widespread use.

Not so today. From the feds to local Mayberry cops, all that law enforcers need in order to obtain an order allowing surveillance is to file a procedural request with a judge certifying that the information will be used in conjunction with a criminal investigation. With contemporary technology, telecommunications providers can comply with those orders at the push of a button.

"Why are we seeing such a surge? We don't really know," said Soghoian. "It may be that there's more and more FBI and DEA offices that are discovering the utility of these tools or using them more frequently."

"Maybe the social networking sites and email providers just didn't provide this information in the past, but now they do -- but what is clear is that the numbers are growing at an alarming rate."

The Justice Department data do not specify crimes the government was investigating when it requested the orders. Particularly concerning, Soghoian said, are forms of communication, including emails and social networks, that the government may analyze with sophisticated techniques to turn messaging metadata into something more revealing. In a somewhat similar manner, the retailler Target used purchase histories to discoverwhich of its customers were pregnant.

The Justice Department, in a statement, said the orders are legal -- and necessary.

“In every instance cited here, a federal judge authorized the law enforcement activity," said Dean Boyd, a spokesman. "As criminals increasingly use new and more sophisticated technologies, the use of orders issued by a judge and explicitly authorized by Congress to obtain non-content information is essential for federal law enforcement officials to carry out their duty to protect the public and investigate violations of federal laws.”

The ACLU supports an amendment to the Electronic Communications Privacy Act proposed by Rep. Jerrold Nadler (D-New York) that would require disclosure of the number federal and state law enforcement surveillance requests. The legislation also would speed the release of that data.

Pen registers and trap and trace requests represent only one part of the federal government's rapidly expanding electronic surveillance toolbox.

As technology gallops along and civil liberties law lags, Soghoian said, it is increasingly being left to the government and private corporations to decide what is legal and what is not. But citizens' tools to track those new frontiers in privacy are lacking. It's unclear, for instance, how many of the requests for information went to social networks like Facebook.

"I think there's really something at a deep level creepy about the government looking through your communications records, and you never learn that they were doing it," Soghoian said.