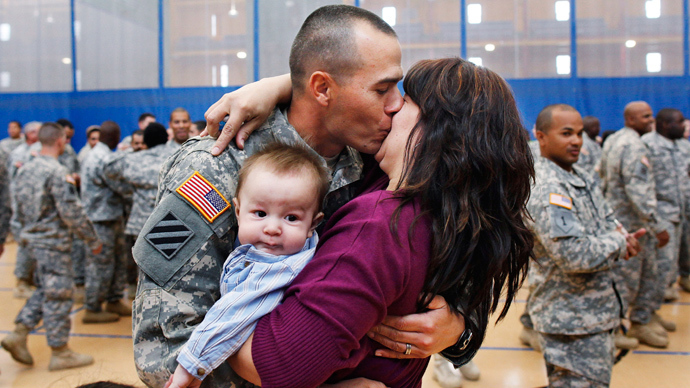 Whistleblowers at a Veterans Administration office in California say that veterans are not just being denied benefits they can rightfully claim – they’re also passing away before even getting a response from federal officials.

In just one VA office in Oakland, California, whistleblowers told CBS News that they found 13,000 claim inquiries – all from 1996-2009 – collecting dust in a filing cabinet, where they were ignored until 2012.

Informal claims letters are sent by veterans writing about a desire to apply for benefits and, by law, the VA must respond with an application. One of those letters was from an Army veteran who wrote to the agency in 2004 to inquire about what benefits he was entitled to after service.

His wife, Dorrie Stafford, received a reply a decade later – but by then her husband had died in a motorcycle accident. His widow, who now lives with friends in a home without electricity, didn’t know that she was entitled to a widow’s pension and could have received burial benefits. She said it showed how badly the VA's claims system is broken.

"It upsets me," Stafford told CBS. "Why would you suddenly, after all these years, send a letter to a dead man?"

The VA Oakland whistleblowers were hired as a team to process claims in 2012. They said they were receiving letters from elderly veterans and from widows begging for help. When Rustyann Brown started to review the letters, what she discovered was shocking.

“Half of the veterans were dead that I screened. So almost every other piece of paper that I touched was a veteran who had already passed away,” Brown told CBS.

Additionally, Brown said her VA supervisors told her and her co-workers to mark the claims “no action necessary” and toss them aside. Whistleblowers said that was illegal.

“The VA didn’t help them. The VA didn’t care about them. They took them, they put them in a file, and they stuffed them away,” Brown added.

CBS said lost claims and missing records are a problem nationwide, not just at this one facility. Last year, the VA inspector general found serious issues in at least six benefits offices – including unprocessed claims documents in Philadelphia, 9,500 records sitting on employees' desks in Baltimore, and computer manipulation in Houston that made claims look completed when they were not.

The VA didn’t respond to interview requests, but did admit to widespread problems in claim handling. It blamed the issue on the transition from a mail-based system to an electronic one.

The VA provides $95 billion worth of entitlements each year to veterans. But according to the agency’s own figures from 2008, of the 23.4 million military veterans from all wars, only 36 percent of veterans were receiving benefits and services – about 8.5 million. The benefits and services include healthcare, education and training, disability money, pensions to vets and their surviving spouses, and burial benefits.

The disclosure is the latest controversy to engulf the VA, following the scandal last summer at a Phoenix VA hospital that led to congressional hearings. Then-Secretary of Veterans Affairs Eric Shinseki also resigned when it was revealed that about 40 veterans had died waiting for timely access to healthcare.