"Why the Nazis had to be stopper? 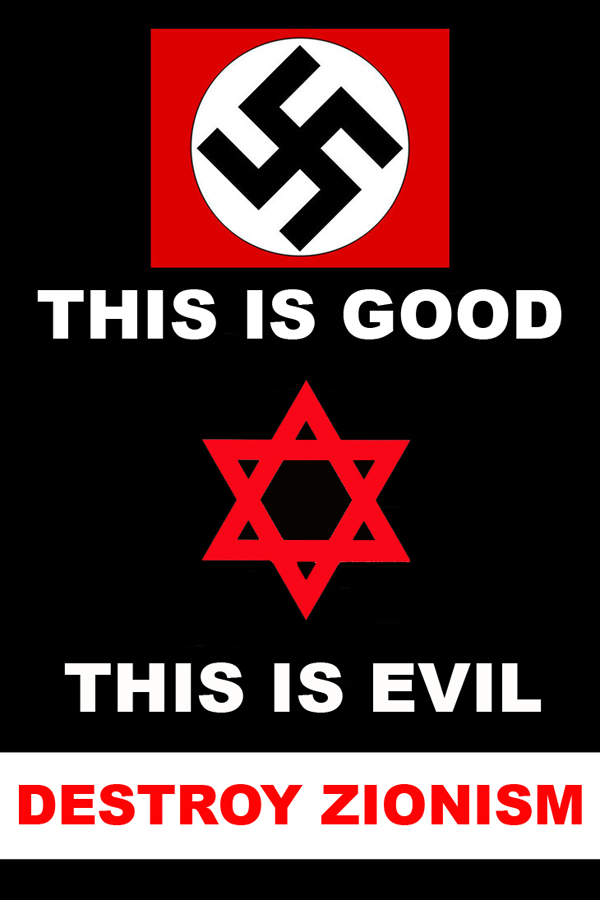 "Without Prejudice" Knowledge in the Public Interest"

George Jones proudly quotes (NP Dec 21) from an earlier column in which he wrote that "Nazism ,, had to be stopped, not to make the world better but to prevent the world from being infinitely worse". In the light of events, it appears that Mr Jones has allowed his partisanship to blind him to reality.

National Socialism outclassed by light years all other forms of government at the time, bringing freedom, prosperity, pride, full employment and unparalleled worker benefits to Germany despite an intense Jewish boycott and deep worldwide depression. The Leader of the National Socialist Party, although labeled a "dictator" by the vindictive Western media, in fact earned enthusiastic support throughout Germany and admiration from statesmen in other countries, including Canada where Prime Minister Mackenzie King, after meeting Hitler in mid-1937, wrote of him in adulatory terms and recommended that his example should be followed in all other countries. Hitler's expulsion of the Jews, however benevolent by modern standards, was widely condemned by World Jewry and by Western politicians responding to the demands of their vengeful Jewish paymasters, then as now.

As for the world being a better place (because we rid the world of 12 million good Christian Germans and destroyed Germany instead of our real enemy, the bloodthirsty Stalin regime) history throughly refutes the Jonas claim.

Had we taken Germany's side, or at least remained neutral, the defeat of Stalin, whose fiendishly sadistic Jewish Kommissars had already murdered up to 30 million Christians, would have been a forgone conclusion. Stalin's terrified subjects would have been freed to rebuild their respective nations under friendly Western hegemony, Eastern Europe would not have been enslaved, 50 million plus lives would have been spared, priceless German architecture would still exist, trillions of dollars could have been diverted to the benefit of mankind, there would have been no Korean nor Vietnam Wars, no decolonization chaos, no Rabbi tax scams, China would have evolved along Taiwanese lines, the costly Cold War would have been averted, Six Million or more Jews would have been safely ensconced in a tropical paradise, the Holy Land would have remained Holy, with Jerusalem under international control, Western politicians would represent the interest of their constituents, not those of an avaricious, subversive, corrupting, disloyal alien Lobby.

With no Israel, their would have been no refugee problem, no Six Day War, no illegal occupation, no costly invasions of Iraq and Afghanistan with their countless civilian casualties, no acquisitive criminal banksters, no Madoff-style fraud, no 9/11, no mega international crime center, no serial assassinations, no constant threat of WW111 and best of all, no Third World invasions that in the long term will prove far more destructive of our traditions, freedom and peace of mind than any German influence. Some will say "all very well, but look what Hitler did to the Jews?" An astute, intrepid German might reply, "but look what the Jews did to us" and he now might add, if he dared, "and to the rest of the world".

Herr Hitler saw the impossibility of achieving true sovereignty so long as Jews controlled the country's business, banking and media, owned virtually all commercial real estate and dominated the legal and medical professions as well as the universities. He also saw the declaration of war in 1933 by World Jewry as problematical and dealt decisively with the security issue that it posed.

The "Jewish Problem" in North America today is eerily similar but, ominously, much more advanced than that prevailing in Germany in the early "thirties. It is thus potentially far more explosive, kept in check only through virtually complete control of the government, the media, finance, the judiciary and education system which has reached scandalous, increasingly infefensible proportions.

George Jonas should be challenged to provide us with an outline of how worse the world would look today had we taken the side of our righteous, compatible, enterprising, Christian German kin against the diabolical Stalin, instead of attacking them to the exclusive benefit of our Zionist and Stalinist enemies.

Information on the Holocaust and Jewdiasm