With Stickers, a Petition and Even a Middle Name, Secession Fever Hits Texas 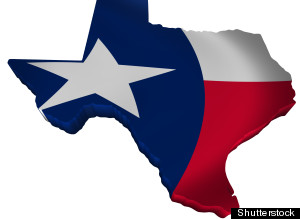 HOUSTON — In the weeks since President Obama’s re-election, Republicans around the country have been wondering how to proceed. Some conservatives in Texas have been asking a far more pointed question: how to secede.

Sales of bumper stickers reading “Secede” — one for $2, or three for $5 — have increased atTexasSecede.com. In East Texas, a Republican official sent out an e-mail newsletter saying it was time for Texas and Vermont to each “go her own way in peace” and sign a free-trade agreement among the states.

A petition calling for secession that was filed by a Texas man on a White House Web site has received tens of thousands of signatures, and the Obama administration must now issue a response. And Larry Scott Kilgore, a perennial Republican candidate from Arlington, a Dallas suburb, announced that he was running for governor in 2014 and would legally change his name to Larry Secede Kilgore, with Secede in capital letters. As his Web page,secedekilgore.com, puts it: “Secession! All other issues can be dealt with later.”

In Texas, talk of secession in recent years has steadily shifted to the center from the fringe right. It has emerged as an echo of the state Republican leadership’s anti-Washington, pro-Texas-sovereignty mantra on a variety of issues, including health care and environmental regulations. For some Texans, the renewed interest in the subject serves simply as comic relief after a crushing election defeat.

But for other proponents of secession and its sister ideology, Texas nationalism — a focus of the Texas Nationalist Movement and other groups that want the state to become an independent nation, as it was in the 1830s and 1840s — it is a far more serious matter.

The official in East Texas, Peter Morrison, the treasurer of the Hardin County Republican Party, said in a statement that he had received overwhelming support from conservative Texans and overwhelming opposition from liberals outside the state in response to his comments in his newsletter. He said that it may take time for “people to appreciate that the fundamental cultural differences between Texas and other parts of the United States may be best addressed by an amicable divorce, a peaceful separation.”

The online petitions — created on the We the People platform atpetitions.whitehouse.gov — are required to receive 25,000 signatures in 30 days for the White House to respond. The Texas petition, created Nov. 9 by a man identified as Micah H. of Arlington, had received more than 116,000 signatures by Friday. It asks the Obama administration to “peacefully grant” the withdrawal of Texas, and describes doing so as “practically feasible,” given the state’s large economy.

Residents in other states, including Alabama, Florida, Colorado, Louisiana and Oklahoma, have submitted similar petitions, though none have received as many signatures as the one from Texas.

A White House official said every petition that crossed the signature threshold would be reviewed and would receive a response, though it was unclear precisely when Micah H. would receive his answer.

Gov. Rick Perry, who twice made public remarks in 2009 suggesting that he was sympathetic to the secessionist cause, will not be signing the petition. “Governor Perry believes in the greatness of our union, and nothing should be done to change it,” a spokeswoman, Catherine Frazier, said in a statement. “But he also shares the frustrations many Americans have with our federal government.”

The secession movement in Texas is divergent, with differences in goals and tactics. One group, the Republic of Texas, says that secession is unnecessary because, it claims, Texas is an independent nation that was illegally annexed by the United States in 1845. (The group’s leader and other followers waged a weeklong standoff with the Texas Rangers in 1997 that left one of its members dead.) Mr. Kilgore, the candidate who is changing his middle name, said he had not signed the White House petition because he did not believe that Texans needed to ask Washington for permission to leave.

“Our economy is about 30 percent larger than that of Australia,” said Mr. Kilgore, 48, a telecommunications contractor. “Australia can survive on their own, and I don’t think we’ll have any problem at all surviving on our own in Texas.”

Few of the public calls for secession have addressed the messy details, like what would happen to the state’s many federal courthouses, prisons, military bases and parklands. No one has said what would become of Kevin Patteson, the director of the state’s Office of State-Federal Relations, and no one has asked the Texas residents who received tens of millions of dollars in federal aid after destructive wildfires last year for their thoughts on the subject.

But all the secession talk has intrigued liberals as well. Caleb M. of Austin started his own petition on the White House Web site. He asked the federal government to allow Austin to withdraw from Texas and remain part of the United States, “in the event that Texas is successful in the current bid to secede.” It had more than 8,000 signatures as of Friday.

The White House petition site is not there to advise the President in any way.

It is infested with hackers and blocking activity.

It is one of the worst, if not the worst site for petitions I've ever seen.

The Bible predicts that States will secede from the Union

long after the Civil War. Visit Christian Association of Reconciliation

to find out about it.

Even if any states succeed from the union,they are not going to be free from any problems. The grass is not always greener on the otherside,unfortunatley. I'm not signing this petiton for that reason.